Whether you’re bending the truth or being flat-out deceitful, you might be surprised at how often your restaurant server sees right through you.

Everyone lies now and then, and that doesn’t stop just because you’re inside a restaurant.

There are some restaurant servers who say that if a customer’s lips are moving, that’s a good indication they’re lying (unless they're chewing food, of course.) There are all scopes of lies, from little white ones about how long you've been waiting to bald-faced ones like saying you’re best friends with the owner. Whether you’re bending the truth or being flat-out deceitful, you might be surprised at how often your server sees right through you.

Almost everything in a restaurant is tracked via computer these days. When you first step up to the host stand, the time is notated. Your server knows when you were seated and knows what time the drink orders were placed. If it feels like too much time has passed between ordering and receiving your Tito’s and soda, don’t complain that it’s been 15 minutes unless it’s really been 15 minutes. The server will expeditiously look at the tablet in their hand and inform you that it’s only been six minutes, so relax. Time moves slowly when you’re thirsty, but the restaurant has receipts.

Unless you’re positive about it, never say that you were completely ignored by everyone in the restaurant. The staff is more than happy to go to the office to review the closed-circuit TV and tell you exactly how many times someone was at your table, distinctly not ignoring you.

RELATED: The Fine Art of Becoming Your Server's Favorite Customer

Plenty of restaurants don’t take reservations, and if you happen to be in one of those, you can’t lie and say that you made one. Calling ahead to say you and ten others will be there in an hour isn’t a reservation. Maybe the person on the phone said something to the effect of, “We’ll see you when you get here,” but they did not say, “Your reservation is confirmed.” If you arrive at a restaurant that doesn’t take reservations and you insist you made one, everyone who works there will know you sit upon a throne of lies and only hear what you want to hear.

There is no need to lie about gluten. This dietary restriction is one that many restaurants can handle happily and with ease. But if you make substitutions and basically create your own menu to stay gluten-free, but then order a pint of gluten-full beer, your pants are on fire, because you’re a liar. “I’m avoiding gluten” is the truth. “I cannot eat gluten” is a falsehood.

Your server will probably know if something used to be on the menu or not, so don’t ask for some random food item claiming to have had it there before and expect the kitchen to make it. I worked in one restaurant for ten years, and when a woman swore up and down that we used to serve Swedish meatballs as a special, I knew with certainty that we had not. Maybe she was confusing our simple 20-seat bistro in Queens with the 20,000-square-foot Ikea in Brooklyn. She eventually accepted there would be no meatball dinner that night, but insisted she was right about what we used to serve. I knew she was ether befuddled or a liar-liar who needed to hang her meatball wishes on a wire.

RELATED: Are You Being Rude to Your Server Without Realizing It?

Some customers like to preface their complaint with the statement that they “never complain, but ...” Maybe it makes them feel better about vocalizing their dissatisfaction, but in my experience, the people who say they never complain do, in fact, have a lot of experience with complaining. The ease with which the grievances roll off their tongue belittles their claim that it’s a rarity. Sometimes it’s the subtle eye roll of someone else at the table that gives away the fact that they “never complain” is fiction.

It’s pretty clear when someone doesn’t like the food they ordered. They eat it slowly, picking at it with their fork trying to find something about it to enjoy. Most servers will notice this and question the customer about it. Servers also notice when a customer inhales a meal rather than eats it. They look like a cat from a cartoon who puts a whole fish in its mouth and then pulls out a perfectly intact skeleton. You can’t eat like that and then assert that you didn’t like it. Maybe it’s because customers want to see if they can get a discount or a complimentary dessert, but it’s too late. As Maury Povich often said, “We have determined that was a lie.”

We all lie, and most of the time they are harmless non-truths to make our lives easier. You don’t want to tell your coworker their new haircut makes them look like one of the Three Stooges, so you say it looks nice. No harm, no foul, no perjury. You can lie in a restaurant if you want to. It’s not like you’ll be hooked up to a polygraph test or anything, but an experienced server is a good barometer of the truth. If you’re going to fib, be prepared for your server to possibly know the truth. 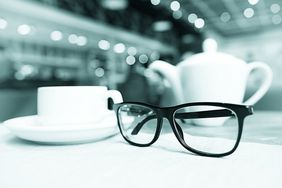 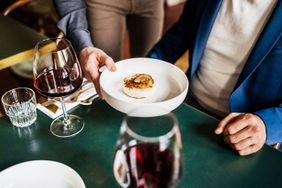 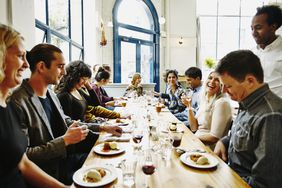 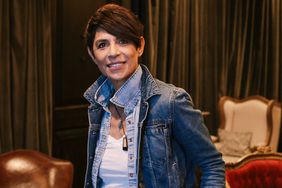 Dominique Crenn on the Fate of Restaurants: 'We're Looked At as Disposible'