Dust off that bottle of sherry and sip it straight or use it in a cocktail.

Fortified wines are having a comeback moment, and Spain's signature style is no exception. Produced in southern Spain, sherry spans a variety of textures and flavor profiles, meaning that, contrary to popular belief, not all of the category's wines are sweet. Although understanding the vast world of sherry can get a bit complicated, knowing how to decipher the region's styles is key to understanding what's to be found within the bottle. We're breaking down everything you need to know about this unique category of Spanish wine here.

Sherry is a style of fortified wine made in what is often colloquially referred to as the "sherry triangle" in southern Spain's Andalucia region. This triangle is created by the bordering points of the cities of Jerez de la Frontera, Sanlùcar de Barrameda, and El Puerto de Santa María. (Note: The term sherry comes from the English translation of the word Jerez.)

The region boasts its own DO (Denominación de Origen), which regulates the grape varieties and aging methods used to create the wine. Sherry is a fortified wine, meaning that a neutral distillate is added during the vinification process of the wine, which in turn boosts its final ABV to one higher than standard wines — in the case of sherry, between 15% and 22%.

What Are the Main Grapes Used In Sherry Production?

What Are the Two Main Styles of Aging for Sherry?

Aside from grape variety, the way in which a particular sherry is aged determines both its category and final flavor profile. The two main ways in which sherry wines are aged are biological and oxidative. Biological aging, which is used to create Fino and Manzanilla sherries, incorporates letting the wine rest beneath a layer of naturally occurring yeast, called flor. The presence of flor creates an anaerobic environment for the wine, which causes glycerol levels to go down. These bone dry wines show savory, salty, and herbaceous flavors on the palate.

On the contrary, oxidative aging — which is used for Amontillado, Oloroso, and sweeter styles of sherry — does not incorporate flor in the aging process, but rather, allows the wine to experience extended contact with air. This changes both the hue and flavor profile of the wine; whereas Fino and Manzanilla wines are lighter in color and drier in style, these fuller-bodied oxidative wines are darker pigmented, heavier on the palate, and generally show more nutty, caramel-driven notes (though keep in mind, this doesn't always mean sweet).

What Is the Solera System?

Beyond biological and oxidative aging, sherry is also known for its unique aging regimen, which is done using a solera system. In short, barrels are stacked in a triangle-like structure based on the base vintage of the cask, with the oldest wines on the bottom and more recent base vintages on top. Every so often, wine is removed from the casks and replaced with newer wine from the top in a process called fractional blending. This process not only ensures that multiple vintages are found in every cask, but also creates a more consistent flavor profile amongst the wine.

A Breakdown to the Types of Sherry

Of all the styles of sherry, Fino is the driest. Aged biologically under a layer of flor, these salty, palate-quenching wines are aged for at least two years in oak prior to release, though most are bottled with at least an additional two years on them. Expect a light-hued wine laden with flavors of freshly baked dough and salty marcona almonds.

Similar to Fino, Manzanilla sherry is vinified bone dry and aged biologically. However, this style of sherry is exclusively made in the coastal village of Sanlúcar de Barrameda. Due to the barrels' proximity to the salty seawater, the wines are often lighter, brighter, and boast more salty, floral-tinged notes on the palate.

When the unexpected happens — at least in the case of Fino and Manzanilla sherry productions —the result is Amontillado. This beloved style of sherry is crafted from barrels formerly destined for Fino or Manzanilla production, though whose layers of flor naturally died off. This means that this unique style of sherry undergoes both biological and oxidative aging, which creates a beautiful mesh of flavor characteristics that come from both styles of aging – think of it like salted caramel meets dark chocolate covered peanuts or pretzels.

Contrary to Fino, Manzanilla, and Amontillado sherry, wines destined for Oloroso production go straight into a barrel to undergo oxidative aging. This style of sherry does not age under a layer of flor, and in turn, tends to be fuller bodied on the palate. Derived from the Spanish word for fragrant, this flavor-packed style of sherry is often less dry than the other three styles, though still remains savory — and just a tad sweet — on the palate.

Deemed by many as the most mysterious style of sherry, Palo Cortado is somewhat of a jack of all trades – meaning that there aren't many regulations surrounding this style. Each winery has their own way of producing their signature Palo Cortado, though generally speaking, these wines often boast an Amontillado-meets-Oloroso flavor profile, in that their aromas are nutty and caramel-focused, though their mouth feels tend to err more towards the Oloroso side of things. Palo Cortado is by far the most rare style of sherry on the market.

A Note on Sweet Sherry

Although the sherry stereotype is one of sweetness, these dessert styles of wine are actually far less common than their dry counterparts. While dry sherries are referred to by their style, sweet sherries generally go by their grape variety name – in this case, Pedro Ximénez or Moscatel. To make these varietal wines, grapes are harvested and left to dry out, which concentrates their sugars and lowers water content. The raisined grapes are then pressed, fermented, and oxidatively aged in a solera system to create sticky sweet wines that are almost molasses-like in texture. Additionally, blends and creams are also sweet styles of sherry, though these wines have become less popular over time. In short, these wines are blended with dry styles of sherry (often Oloroso) and aged in their own solera system. 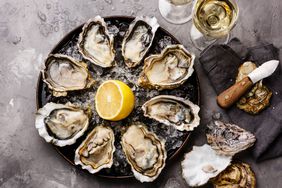 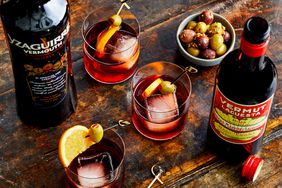