Not sure if what you're sipping is Champagne or sparkling wine? Just remember: Champagne is the Kleenex of sparkling wine. If that makes no sense, hopefully it will in a minute.

Sparkling wines (as opposed to still wines) are saturated with molecules of carbon dioxide gas, which makes them fizzy or bubbly. They're made all over the world using a variety of grapes and production methods. Some well-known types include Prosecco from Italy, Cava from Spain, and the sparkling wines of California. And of course, Champagne.

Champagne is a winemaking region in northern France. All sparkling wines made in Champagne are governed by strict regulations; only certain grapes and production processes are allowed.

What does any of this have to do with Kleenex? Kleenex is just one brand of facial tissue among many. But it's the ur-brand — the original and most famous of its kind — and so its name has become synonymous with any and all facial tissue. Likewise, Champagne is such a historic and renowned type of sparkling wine that many people call any wine with bubbles "champagne" even though this is a misnomer.

Historically, this misnomer has been commonplace in the U.S. For decades — and despite the protestations of French trade authorities — many domestic producers of sparkling wine advertised using the term "champagne" or "American champagne." Most have now stopped. But some, such as Korbel in Sonoma County, still market their wines as "California Champagne."

"When customers come in and ask me for a Champagne recommendation, one of the first things I ask is if they mean something that actually comes from Champagne in France, or if they just mean a good sparkling wine," says Madeline Triffon, in-house master sommelier at Plum Market, a chain of upscale grocery and wine stores in Detroit and Chicago. "If a wine comes from Champagne, that presupposes a certain labor-intensive process that makes great sparkling wine but that also adds to the cost."

That labor-intensive process goes by a few names, but the most commonly used today is the méthode traditionnelle, or traditional method. The traditional method involves two separate rounds of fermentation — one in a tank or barrel, and a second in the bottle itself. The in-bottle fermentation imbues the wine with its characteristically fine, persistent bubbles.

"In Champagne, the second in-bottle fermentation is followed by a minimum aging period of 15 months in contact with dead yeast cells," explains Gérard Liger-Belair, a professor of chemistry and a sparkling-wine researcher at the University of Reims Champagne-Ardenne in France. "The yeasts release different compounds that modify the wine's organoleptic properties, donating roundness and its characteristic aroma and flavor." (There's a lot more to the traditional method, but this covers the basics.)

Producers around the world use the traditional method to make fine sparkling wines. But each will have characteristics — flavor, texture, richness, depth — that are distinct. Liger-Belair says this is due to in large part to each place's unique terroir, which refers to the soil, climate, and other place-specific elements that affect the qualities of its wines. "Sparkling wines elaborated through the traditional method outside the Champagne region are representative of their own terroir, and may for sure also taste wonderful." He mentions Franciacorta in Italy as a good example. Others include French Crémant, Cava, and many fine American and English sparkling wines.

Triffon agrees. "If you like Champagne but want something comparable for less money, you could look for sparkling wines made in the traditional method," she says. "Crémant de Bourgogne is a no-brainer, and so is Cava." These wines — especially bottles toward the affordable end of the spectrum — may not have the creaminess or depth of Champagne, or its famously small and persistent bubbles. But many are excellent, she says.

There's a wider gap between Champagne and sparkling wines that are not made using the traditional method.

While there are many different ways to make wine bubbly, by far the most common process — even more common than the traditional method — is known as the Charmat method or tank method. This process skips the months of in-bottle secondary fermentation in favor of a pre-bottling second round of fermentation in a large stainless-steel tank.

The Charmat method is much faster and less expensive than the traditional method. While it can produce delicious sparkling wines, they're often a bit fruitier than Champagne and sparkling wines made in the traditional method. They also tend to have fewer, coarser, less persistent bubbles, Triffon says. Prosecco is the king of this category. But there are many other examples, and most tend to be affordable — especially compared to Champagne.

Ready to go exploring? If you'd rather re-acquaint your tastebuds with Champagne, here are 15 to drink if you want to become knowledgeable in the category. And if you're feeling adventurous, Pét-Nat — a type of sparkling wine made using a process that may be even older than the traditional method — is enjoying a moment.

3 Unexpected Pairings for Champagne, According to a Somm
Was this page helpful?
Thanks for your feedback!
Tell us why!
Related Articles 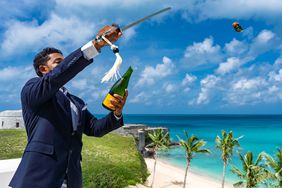 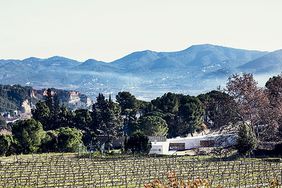 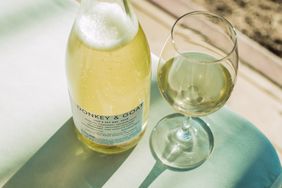