Six tried and true combinations to up your oyster game.

Despite the age-old adage not to eat them beyond months that end in the letter "r," the return of patio weather almost always signals an intense urge to sit outside slurping oysters on the half-shell with the appropriate wine accompaniment. As far as following rules goes, the r-month suggestion originates from a time when oysters were wild harvested — allowing for their spawning season when water temperatures are warmer. Nowadays, commercially available oysters are strictly regulated for both safety and sustainability, so you should feel guilt-free when ordering by the dozen this spring. Plus, water temperatures are still cool enough in most parts of the country to ensure that those bi-valves are firm and tasty. The rules are off for wine pairing too; my motto is always to drink what you love. Still, there are a few tried and true combinations that will elevate the taste experience, framing the flavors of both the oysters and the wine in the best possible way.

Wines of the sort that people in the beer world would call "sessionable" — brisk and refreshing — are typically great with oysters. That's because their acidity acts much like a squeeze of lemon would. Minerality and certain other wine qualities that give the impression of saltiness — such as the presence of lees during wine aging — also tend to complement the briny-sweet spectrum of West to East Coast oyster flavors.

Here are six such wines to try with your oysters:

If there's any one classic pairing for oysters, it's the always-bright, always-crisp Muscadet. This wine hails from the part of the Loire Valley where the river meets the Atlantic and is made entirely from the local Melon de Bourgogne grape, referred to simply as Melon. The best versions age for extended periods sur lie, that is, on the yeast deposits that result from fermentation, to extract additional texture and biscuity flavors. There are also great values to be had; rarely do Muscadets get above the $15 to $20 price range.

Another coastal wine, Sherry is produced in and around Jerez de la Frontera in the Andalusia region of Spain. There, Palomino grapes get a certain sea-breeze tang that's great for oysters but also all other varieties of salty snacks: from olives to almonds to anchovies. Fino is the lightest and driest style in the category; in fact, it's bone dry. Plus, it has a certain umami nuttiness that it gets from aging under flor — a veil of yeast cells that develops on the top of the wine in the cask to protect it from oxidation. "But… Sherry is fortified wine!" you might be thinking. While this is true, Finos tend to hover around the 15% alcohol range — not a far cry from many table wines these days.

Chablis is the northernmost winegrowing area of Burgundy, but it's geographically closer to Champagne than the Côte d'Or. That makes for a cooler climate, which translates to higher natural acidity in its wines. Like other white Burgundies, Chablis is made from 100% Chardonnay grapes, but two primary factors set its flavor profile apart. For one, the soil type found in the area is Kimmeridgian — a sort of mineral-rich clay laced with marine fossils. Yes, that means there are actually traces of oyster shells in the soil where the vines grow. Second, producers tend to use less oak, both in fermenting and aging their wines. The result is a racy, fresh, minerally complex palate that screams for shellfish (or really, anything).

Loire Valley coolness meets Kimmeridgian soil in Sancerre. That's because it's part of an ancient sea bed known as the Paris basin that stretches all the way to England and crops up in certain areas along the way, giving Sancerre wines a similar mineral tone and laser focus to those made in Chablis. But unlike the Burgundian white, the grape in question here is aromatic Sauvignon Blanc — known for its bracing acidity and citrus notes.

There's very little out there that doesn't taste great with bubbles, but oysters pair particularly well. The Champagne region shares a similar mineral vocabulary with the Sancerre and Chablis appellations: veins of chalk soil and marine sediments are found throughout. Champagne styles vary depending on the grape varieties used (Chardonnay, Pinot Noir, and Pinot Meunier are the main three), the age of the reserve wines in the blend (if it's a non-vintage cuvée), and how much dosage is added before corking (the less the dosage, the drier the Champagne). A Brut (dry) Blanc de Blancs (100% Chardonnay) is my go-to, but any bottle from a trusted producer should do the trick.

Hungary's Tokaj may be known for its sweet, botrytized dessert wines, but the region boasts some great dry versions as well. Most dry Tokajis available in the U.S. are made from the Furmint grape, sometimes blended with Hárslevelű. From an aroma and acidity perspective, these wines fall somewhere between Sauvignon Blanc and Riesling, but the region's volcanic soils provide an altogether different sort of minerality.

7 Affordable Bottles of Muscadet to Pick Up This Summer 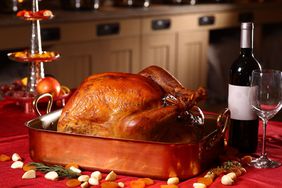