Buy bottles from these vineyards, both added to B Corp's 2019 Best for the World list, and support sustainable farming practices.

Maddy Sweitzer-Lammé is a passionate and voraciously hungry home cook and eater. She's been writing about food in all its forms since 2014 and is a big believer that anyone can and should love to cook.

This week, B Lab – the Pennsylvania-based nonprofit behind B Corp Certification, which encourages for-profit organizations to consider their local and global impacts – released its Best for the World list. The list includes a strong showing of food and beverage companies, including two major wine companies – Fetzer Vineyards, which is based in California, and A to Z Wineworks in Oregon.

B Lab used an in-depth survey to assign points to organizations based on their treatment of employees, their impact on the environment, community engagement, and more. A minimum of 80 points (out of 200 possible points) is required to become certified; organizations on the Best for the World list score in the top 10% of the 3000 total B Corps worldwide.

A to Z Wineworks was the first winery to gain to B Corp Certification in 2014. Since its founding in 2002, company leadership has focused on sustainable business and agriculture. In addition to buying 100% of their grapes from Oregon vineyards, they offer support to vineyards transitioning to sustainable farming practices.

"Over twenty years ago, three of the founders and the executive winemaker participated in the original biodynamic study group in Oregon," said Deb Hatcher, co-owner and founder at A to Z Wineworks. "It was viewed by most as cuckoo and we were playfully mocked by our colleagues in the industry here – they would put gnomes on our front porches."

In 2018, U.S. wine sales topped $4.3 billion, according to Forbes, but organic and biodynamic wines remain a niche product, representing only a small fraction of total wine sales. Companies like Fetzer and A to Z Wineworks, whose wines are distributed internationally, have the ability to bring more sustainably-made wine to a wider audience while modeling large-scale sustainability to other companies.

"B Lab's rigorous certification process envelops the whole business, not just farming practices, which is often where people in the wine world focus," explained Amy Prosenjak, A to Z Wineworks' President and CEO. "This offered us an opportunity to measure how we were doing with our community, governance, and employees against the highest standards." Today, 55% of A to Z's company management—and 50% of its board—are women.

B Corp certification also requires organizations to recertify every three years, and to increase their score in order to maintain their status. As a result, companies must continue to innovate; some of A to Z Wineworks' current projects include action around immigration reform, composting grape pomace to turn into animal feed, and reducing energy usage on its winemaking campus.

Fetzer Vineyards, which has global sales of over 5 million cases annually, is the world's largest B Corp Certified winemaker. Their brand portfolio is sold across 50 countries and includes names like 1000 Stories, Fetzer, and Bonterra Organic Vineyards. Though much of their wine is neither organic nor biodynamic, Fetzer's B Corp Certification guarantees that the company pays its staff fairly and is engaged with ongoing environmental and community efforts, so even someone looking for a bottle of wine under $10 can find something they feel good about.

Fetzer's facilities are certified CarbonNeutral® and TRUE Zero Waste, and have operated on 100% green energy at its Hopland winery since 1999. Its organic line, Bonterra, is the largest organic wine brand in the U.S., as well as one of the fastest growing. The brand recently expanded its biodynamic offerings to include Dry Muscat and Grenache, with hopes to expand further as demand continues to increase. 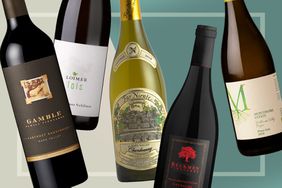