There's no denying that Burgundy is full of cult-status producers and buzz-generating bottles, but there's still lots to discover in one of the world's most celebrated wine regions.

Whether an easy drinking Pouilly-Fuissé at your neighborhood bistro, or the priceless seductions of Grand Cru Romanée-Conti, Burgundy represents wines that span the full spectrum from everyday luxury to the holy grail.

Undoubtedly, Burgundy, or Bourgogne, as it's known outside the English-speaking world, is among the most celebrated of wine regions. A two-hour drive southeast from Paris, Burgundy is a historic link between the Paris Basin and the Rhône Valley with subregions scattered throughout the center of eastern France.

Isolated to the far west, Chablis and the Grand Auxerrois mark the region's northernmost corner. Southwest from Chablis, the heartland of Burgundy extends north to south from Dijon in a corridor formed by the Côte de Nuits and Côte de Beaune (together, the Côte d'Or), the Côte Chalonnaise and the Mâconnais.

Administratively, Beaujolais is considered part of Burgundy, but its unique history, terroir and winemaking style render it a wine region of its own.

Burgundy is renowned as the birthplace of both Chardonnay and Pinot Noir, but more significantly, it endures as a benchmark for production of these varieties worldwide. These two grapes predominate Burgundy's production, but the region is also home to a smattering of Aligoté, Gamay and other grapes too.

At its core, "Burgundy is about the diversity of terroir and people," explains Frédéric Drouhin, president of the executive board of Maison Joseph Drouhin. Burgundy, more than any wine region in the world, epitomizes the notion that specificities of individual vineyards – their soils, climate, elevation or topography – can be communicated through wine. So much that origin is at the very heart of how its wines are classified.

Regional wines produced anywhere throughout Burgundy form the baseline of Burgundy's hierarchy of wines. Most are bottled generically as Bourgogne AOC, but they can also represent certain subregions like Bourgogne Côte d'Or or specific wine styles like Crémant de Bourgogne. A step above regional wines are village, or communal wines that carry the name of specific villages, like Chablis, Beaune or Pouilly-Fuissé. Well-made village wines offer recognizable characteristics of their terroir and can improve with age, a decade or even longer.

Specific vineyard plots, known in Burgundy as climat, delineated over centuries of winegrowing for their production of superior wines are often elevated as Premier Cru, meaning first growth, or Grand Cru, meaning great growth. The village of Chassagne-Montrachet, for example, has 55 climat classified as Premier Cru vineyards. At the top of the hierarchy are pedigreed names like Le Montrachet, Chambertin or Richebourg – Grand Cru vineyards which make up just 1% of the total production of Burgundy.

Chablis and the Grand Auxerrois

Situated closer to Aube in southern Champagne than to much of the Côte d'Or, Chablis and the Grand Auxerrois represent Burgundy's northernmost and coolest subregion.

Chablis produces wines exclusively from Chardonnay. From the fresh-fruited, easy drinking village wines of Petit Chablis to its venerated Premier Cru or Grand Cru expressions, the salt-struck, often bracingly electric wines of Chablis are a benchmark for white winemaking worldwide.

"Thanks to its cool climate and unique soils…Chablis produces wines that express minerality, purity, freshness and elegance," says Anne Moreau, co-owner of Domaine Louis Moreau in Chablis. The region's famed Kimmeridgian soils, explains Moreau, are composed of layers of limestone-rich clay and calcareous soil studded with the fossilized exoskeletons of ancient marine life. The distinctly chalky, oyster-shell minerality associated with Chablis is often attributed to the high limestone content of the region's soils.

In recent years, heightened demand for Burgundy has shined a new spotlight on lesser known appellations of the Grand Auxerrois that surround Chablis. Beneficiaries of warming climates, village appellations like Irancy are lauded for their bright, perfumed Pinot Noir, and Saint Bris for fresh, fruity Sauvignon Blanc and, to a lesser extent, Sauvignon Gris.

The limestone escarpment of the Côte d'Or stretches like a spine alongside the Saône River. Home to many of the world's most storied vineyards, the Côte d'Or is undoubtedly the beating heart of Burgundy.

Together, the two regions offer a wide array of wines that range from the value-priced regional Bourgogne to the most pedigreed Premier Cru and Grand Cru wines in Burgundy – wines of "exquisite complexity and amazing aging capacity," explains Drouhin.

"Indeed, there is beautiful Pinot Noir all over the world," says Edouard Labet, co-owner of Château de la Tour in the village of Vougeot. "But the Pinot Noir we produce in the Côte de Nuits expresses the DNA of what Burgundy is – precision and finesse," he adds.

According to Labet, whose family is the largest landholder within the walls of the famed Grand Cru Clos de Vougeot, the concentration of Grand Cru appellations is so high in the Côte de Nuits that "from the vineyards of the Clos Vougeot, you can see Musigny and Echezeux in a single view".

Within a span of just a few hundred meters, he describes, "you have three different Grand Cru appellations producing three very different wines. You may recognize the terroir but there's no one recipe because each [winegrower] brings their own touch, their own personality into the winemaking."

Whereas "the Côte de Nuits is mostly focused on red wines… the Côte de Beaune has the privilege to produce both white and red wines", explains Drouhin.

Red wines from the hill of Corton, as well as Volnay, Pommard and Beaune are most well known, but lesser-known appellations like the Ladoix, Savigny-lès-Beaune and Santenay also produce red wines of excellent quality and value.

South of the escarpment of the Côte d'Or is the Côte Chalonnaise. While the Côte Chalonnaise shares the same bedrock of limestone sweeping the Côte d'Or, the landscape here is better described as a scattering of "gentle, hilly slopes facing south and east", explains Amaury Devillard, co-owner of Château de Chamirey in Mercurey and Domaine de la Ferté in Givry.

Historically underappreciated, the Côte Chalonnaise is often described as a go-to region for inexpensive, fruity wines best enjoyed young. Amidst skyrocketing demands for affordable Burgundy, however, the Côte Chalonnaise is increasingly recognized as a treasure trove of wines upholding "the essence of the purest Burgundy…Pinot Noir, Chardonnay and Aligoté" at a "tremendous price-quality ratio," says Devillard.

At the southern gate of Bourgogne the sunny, softly undulating terrain of the Mâconnais is best known for affordable, charming wines. With over 90% of the vines planted with Chardonnay, the Mâconnais is firmly white-wine territory, but small quantities of red wine, mostly Gamay, is produced here as well.

Wines of the Mâconnais offer a "natural opulence" owing to their southerly latitude and warmer climate "combined with a soft minerality from the Jurassic-era yellow limestone soils we have," says Antoine Vincent, general manager and winemaker at Château de Fuissé in Pouilly Fuissé.

Regional appellations like Mâcon or Mâcon Villages offer fresh-fruited wines at an excellent value. However, the five village appellations of the Mâconnais, most notably Pouilly-Fuissé, but also Pouilly-Loché, Pouilly-Vinzelles, Saint-Véran and Viré-Clessé can yield richly concentrated, nuanced wines that rival considerably pricier wines from the Côte de Beaune.

Like the Côte Chalonnaise, there are no Grand Cru vineyards in the Mâconnais. In 2020, however, Pouilly-Fuissé was awarded 22 Premier Cru designations following a hard-won campaign with the French National Institute of Origin and Quality (INAO). 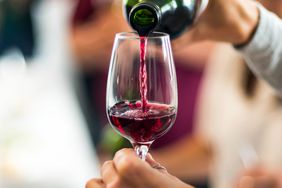 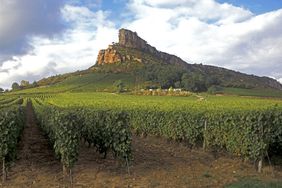