Our editors tasted popular maple syrups to find out which is best.

What’s not to love about maple syrup? This deep amber delight is most commonly known to adorn and ooze off our pancakes and waffles. But you can do so much more with maple syrup. This caramel essence brings distinctive sweetness to so many dishes, it’s no wonder maple syrup has found its place in pantries across North America. Whether you are making a dressing or marinade, cooking savory dishes or desserts, or making cocktails, it’s hard to know what to choose. To help you make the most informed choice, we performed a masked test to see which maple syrup Food & Wine editors liked the best.


For the test, we wanted the editors to experience the syrup without any preconceived notions of what they may already like or dislike. We poured eight different maple syrups into non-descript vessels. Editors had the option to taste the syrup on its own in a small cup or with mini waffles and French toast bites.


RELATED: The Best Waffle Makers to Better Your Breakfast

What is Maple Syrup?

While you may want to make it at home, true maple syrup can only be found in nature. The creation of maple syrup is rooted in indigenous tradition with practices going back centuries. When settlers arrived on North American Native lands, specifically Canada and the upper United States where maple trees flourish, indigenous peoples taught them the technique of making maple syrup.


Maple trees are tapped and the sap is extracted and then transferred to a sugar house. At the sugar house, the sap is boiled to remove the excess water until the sap reaches the correct consistency and color of maple syrup. At this time, the sugarmaker will store the syrup in a vessel that will keep the natural flavor of the maple or it can be transferred to a bourbon barrel or steeped with spices like a vanilla bean or cinnamon stick.


For this taste test, we limited our choices to classic maple and barrel-aged. The flavor notes ranged from classic and toasty flavored maple to ones with distinct bourbon notes.

When choosing the best barrel-aged maple syrup, our editors seemed to be looking for the right balance of maple to bourbon notes. We wanted a syrup that could stand on its own on a pancake, with enough barrel flavor to feel balanced without overpowering the flavor of the maple.


The Vermont-based Ackerman Bourbon Barrel Aged syrup had the right balance of flavor for our test and their sustainability practices and glass packaging makes them even sweeter. One of the editors remarked, ”Now that’s maple syrup, feels like my go-to.”

Not all of the barrel-aged maple syrups had subtle barrel notes. One of the syrups was significantly booze-forward, but still captivated our testers. This is the one with a distinct enough barrel flavor for it to liven up a cocktail or dessert — think sweet potato pie — or was even flavorful enough to drizzle over ice cream. One editor said, “I immediately smelled the bourbon and pecan pie — it tastes like it, too! Delicious.”


The Pappy & Company Bourbon Barrel-Aged Maple Syrup, produced by the great-grandchildren of famed Pappy Van Winkle, gets its flavor by aging their maple syrup in 10-20-year-old barrels. Our bourbon lovers unanimously agreed that this had the most unmistakable bourbon flavor — with notes of vanilla, caramel, butter, and oak. While they loved the flavor, our testers felt it may be too overpowering for a younger palate looking for a classic maple flavor. We think this syrup is best used in desserts, cocktails, or savory cooking.

For the maple syrup purists who want the real deep woody essence of maple, we picked Vermont’s Runamok Sugar Maker’s Cut. This brand had the most favorable comments about its maple flavor. One of our testers observed, “A lovely all purpose breakfast syrup. Sweet and well-rounded, seems versatile,” while another one said, “Great taste, it feels authentically maple!”


It’s no wonder that this syrup had the best overall flavor, as Runamok is certified organic by the Northeastern Organic Farmers Association and considered a Bird Friendly Maple by the National Audubon Society.


While Runamok’s brand took the highest rating in this category, we have to give an honorable mention to Trader Joe’s Maple syrup. It was favorably reviewed; our editors enjoyed its maple flavor and consistency. One commenter stated, ”Deep, deep maple syrup flavor and taste, real deal stuff.” 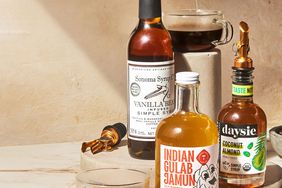 Four Coffee Syrups to Make Any Morning a Little Sweeter 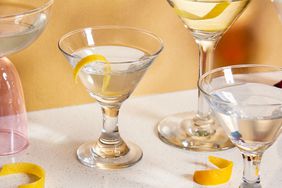 22 Gins That Every Martini Lover Should Try 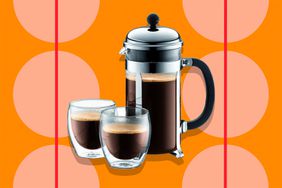 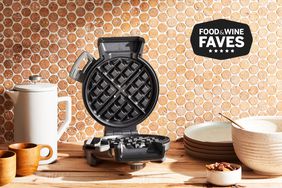 The 7 Best Waffle Makers for Weekend Brunch, Tested and Reviewed