The 'Top Chef' Guide to Portland

Everywhere the Season 18 chefs ate, cooked, and stayed in Oregon.

In Season 18 of Top Chef, the culinary reality competition traveled to Oregon for the first time. While we watched the cheftestants eat, cook, and compete for the title in the City of Roses, we also caught glimpses of the natural beauty of the entire state along the way-including the Columbia Gorge, the Oregon Coast, and Willamette Valley wine country. Here are all the locations visited by Top Chef in the city of Portland and beyond.

Homebase for this season, the city known for its food carts and farm-to-table cuisine also boasts a wide range of African diaspora restaurants, Latino spots, and elevated Japanese fare, some of which were featured on-screen.

Akadi, which the contestants visited in Episode 3 with judge Kwame Onwuachi, is justly famous for its attieke poisson (grilled whole fish with grated, fermented cassava), peanut butter mafe and shosho (black eyed pea stew). Though it's been closed since January so chef-owner Fatou Ouattara could take an extended visit to her native Ivory Coast, it will re-open in September in a larger location with an expanded menu that will include dishes from Ivory Coast, Ghana, Nigeria, Togo, Benin, and South Africa.

Judge Gregory Gourdet took another group of contestants to Yaad Style Jamaicanon busy MLK Jr., Boulevard for some curried goat and brown stewed chicken. Try these and other Jamaican specialties like oxtail stew or jerk chicken (with a medley of peppers and onions). Owner Curtis Mazelin hails from Montego Bay (he's lived in Portland since '97) and has plans to start some Reggae music nights this summer.

The South American country of Guyana is a melting pot of people and that's reflected in its diverse cuisines. Try the same delicious puff breads-stuffed with either a bacalhau (Portuguese-style salt cod) omelet or chana aloo (chickpea and potato curry)-that the contestants sampled at Bake on the Run, a food cart located at the Hawthorne Asylum pod.

The contestants also swung by the Portland Mercado, home to nine rotating food carts, to try Mathilde Aurelien Wilson's Haitian food. Though Wilson has since closed her food cart to run a catering company, you can sample the cuisines of Argentina, Colombia, Coast Rica, Cuba, Oaxaca, Peru, Venezuela, and more at the Mercado, which is also a business incubator for Latino food entrepreneurs. Meanwhile, you can try Wilson's tasty Mathilde's Kitchen hibiscus flower drinks all over town at New Seasons, Green Zebra, and Market of Choice. 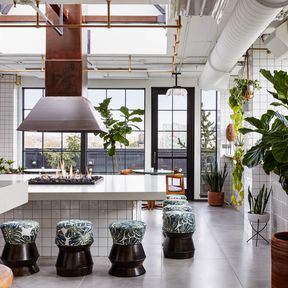 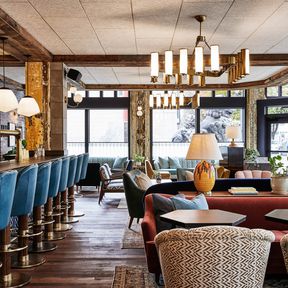 At the end of Episode 3, the judges dine in the lobby of the Hoxton, the edgy British hotel chain, to taste the contestants' own take on Pan-African cuisine.Post-pandemic, the lobby coffee bar has re-opened (though at limited capacity) with its work stations and Proud Mary coffee. Rooms have a Northwest-chic vibe with wood paneling, vintage furniture from local shops, and art from Portland's Upfor Gallery. Tope, the rooftop Mexican restaurant, has re-opened under chef Joel Lui-Kwan and still has its trademark spicy Margaritas and mouth-watering tacos.

Bed down where the Top Chef contestants stayed for three months during filming-at the Royal Sonesta(formerly Kimpton's Hotel Monaco). This 221-room property has a regal high-ceilinged lobby, Frette linens, and whimsical guest rooms with bird-patterned wallpaper.

Oregon Museum of Science and Industry, otherwise known as OMSI, is one of the top science museums in the U.S. In addition to fun interactive exhibits for kids of all ages, the museum offers tours of the USS Blueback, the U.S. Navy's last non-nuclear powered submarine-now docked in the Willamette River.

Spend a few hours enjoying the tranquility of the Portland Japenese Garden, a lush series of gardens full of ponds, streams, and water fountains. Stop for tea from Tokyo-based Jugetsudo and a piece of castella cake at Umami Café.

One of the biggest urban green spaces in the country, Forest Parkhas over 80 miles of hiking trails, 112 species of birds, and serious wildlife. (Joggers have spotted elk and coyote.) Try one of the shorter loops of the Wildwood Trail and you'll soon be surrounded by towering Douglas fir and bigleaf maples.

Located along the "Fruit Loop" above Hood River, the 40-acre Mt. View Orchards is where the contestants picked their fruit for Episode 4's savory fruit challenge. Here you'll find everything from Pink Pearl apples and Akane to apricots, cherries, peaches, and plums-all with a backdrop of snow-covered Mount Hood.

An easy day trip from Portland, the Oregon Coast where to go to walk on the beach, explore tidal pools, and sample some ice cream.

Getting a cone (or a bag of cheese curds) at Tillamook Creameryis a time-honored summer tradition in Oregon. A few years ago, the facility got a splashy new redesign. It's currently open to visitors for self-guided tours of the creamery exhibit and purchases of to-go food and ice cream.

Gearheart is the tiny town where Portland native and pioneering American chef James Beard spent his summers as a child. Though his family cottage is privately owned (and therefore not open to the public) you can recreate his outings and pack a picnic of charcuterie, cheese, smoked fish, and bread and head to the beach or to stunning Ecola State Park, 18 minutes south.

About half an hour further south is picturesque Nehalem Bay, a state park that has year-round camping, a two-mile bike trail, and great crabbing and clamming. In fact, this is where the chefs go crabbing for their Dungeness at Kelly's Brighton Marina. Rent baited rings and a bucket from Kelly's and you can crab right from the dock. (Kelly's provides the shellfish permit, which is $19 for three days for non-Oregonians; $10 for Oregon residents.) 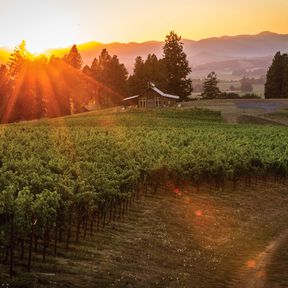 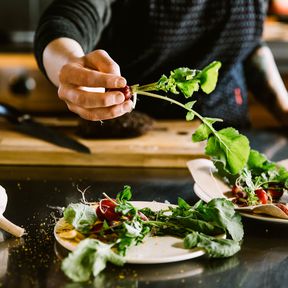 One of the most beautiful vineyards in the state, Soter Vineyards is perched atop a hill in Carlton. Justly famous for their biodynamic pinots and rosés, the winery is also illustrious for having hired Top Chef contestant Sara Hauman to be their head chef in 2019.

More Food to Explore in Portland

Of course, Top Chef could only cover so much in 14 episodes shot during lockdown. If you're planning a trip to Portland, here are a few not-to-be-missed places that opened during or just before the pandemic.

Former food cart Malkabecame a brick and mortars restaurant in February 2020. Though their timing was rotten, chefs Jessie Aron and Colin McArthur pivoted to take-out and their inventive rice bowls, quirky salads, and outrageously yummy sandwiches have kept much of southeast Portland fed ever since. The Important Helmet for Outer Space is a must-slow-roasted pork shoulder in apricot curry BBQ sauce with pan-roasted mushrooms, stir-fried vegetables, crispy shallots, peanuts, and avocado on coconut jasmine rice. The veggie options are equally creative. A new salad, Hobbes is Wearing Jams! has sugar snap peas, quick pickled cherries, watermelon radish, mint and basil, tahini, spice-roasted carrots, golden raisins, fried shallots-and that's only half the ingredients. "I'm a maximalist, through and through," Aron says. 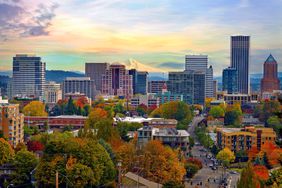 Here's the Next Location for 'Top Chef' Season 18