The experience includes dinners at SingleThread, breathtaking winery visits, and stays at the region's dreamiest hotels.

Every meal tells a story. But for every experience a diner has at a restaurant or bar, there's so much context they will never see. That's what drove Kyle and Katina Connaughton of SingleThread, their triple-Michelin-starred restaurant in Healdsburg, California, to co-create the Paragon series of trips, which showcase once-in-a-lifetime food experiences.

"What you experience on the plate at SingleThread is just the smallest tip of the iceberg," says chef Connaughton. "The produce that I, as a chef, spend one moment with has been in the works for months and months." Each bottle of wine, too, has its own rich narrative. "There's so much behind a meal, but we can't share all of it with the guest at the table. But through Paragon, we get to tell those stories."

Paragon trips harness the incredible local knowledge and connections of culinary superstars to create one-of-a-kind itineraries at the intersection of cuisine, wine, and culture.

A program of Modern Adventure, a Food & Wine Game Changer, the lineup is formidable. Up next? A Champagne trip with Dom Pérignon and SingleThread sommelier Rusty Rastello; Friuli and Venice with chef Bobby Stuckey of the acclaimed Frasca Food and Wine in Boulder, CO; Korea with Junghyun and Ellia Park of Manhattan's two-Michelin-starred Atomix; and Mexico City and the Yucatán with Jorge Vallejo of Quintonil, one of CDMX's leading restaurants and another World's 50 Best honoree. (The first announced trip, a Japan tour with the Connaughtons, sold out in 24 hours.)

"Paragon is about dining, first, and then working backward to see where the inspiration comes from," says Connaughton.

No trip showcases that goal quite like the California Wine Country trip, open for booking September 27. Over the course of a week in September 2023, at the height of harvest season, Kyle, Katina, and SingleThread sommelier Rusty Rastello will lead guests from Napa Valley to Sonoma County and the coast, showcasing elite wineries (some not open to the public for tastings); their own farm and the Knights Valley Wagyu beef ranch; and two of the region's best hotels, Meadowood Napa Valley and the Farmhouse Inn by the Russian River.

Guests, of course, will eat very, very well, with not only dinners at SingleThread and wine country's other triple Michelin-starred establishment – The French Laundry – but also experiences from the SingleThread culinary team throughout, from the Japanese breakfast usually reserved for guests of their five-room inn to superb bento boxes to accompany winery visits.

Of course, on a no-expense-spared trip, the price tag is considerable – $45,000 a head, limited to ten guests. (A certified B-Corp, Modern Adventure provides direct donations to causes and organizations for every trip through the company's nonprofit MO/AD Foundation. For SingleThread Japan, Modern Adventure donated $50,000 to the Culinary Institute of America.)

As impressive as the lineup is, it's the perspective and access of such accomplished culinary figures that defines it. "We love to bring people into our world," says Katina Connaughton. Nowhere is that more true than their own farm, masterminded and overseen by Katina, which drives SingleThread's menu.

A hands-on, picking-and-tasting tour of their Dry Creek Valley farm highlights ingredients guests will later see on the plate: tiny cucamelons smaller than your pinky nail; the negi onion, the only crop they grow year-round; the "Habanada" peppers that resemble the appearance and the flavor of the habanero with none of the heat. Katina's passion is palpable as she discusses best farming practices, exciting new crops, and the confluence of nature and human effort, the tremendous process behind every ingredient.

"We love bringing people to the farm, so they can have that interaction with nature – to see the fruit on the vines, to come in and pick it and taste it in real time."

And then, of course, the wineries. Visits include tastings and conversations with winemakers from such names as Colgin Cellars, Williams Selyem, and Kistler Vineyards. Here, too, the itinerary has a personal touch. The wineries selected are vastly different, from the exalted Cabernet Sauvignon-based wines of Bond and Promontory, in the Harlan Estate family of wines, to the stellar Pinots, Rieslings, and Italian varietals of Reeve Wines. Separated by a mountain range, a county line, and a tenfold difference in bottle price, both are exceptional: one feels like a hidden secret through a winding drive of oak trees off Dry Creek Road, the other is among the most rarefied wines produced in Napa Valley.

Relaxed and personable, but deeply authoritative, Kyle and Katina are natural ambassadors for their home. Theirs are incredible eyes through which to see Napa and Sonoma on a once-in-a-lifetime culinary journey.

California Wine Country with SingleThread is available to book at 9AM PST on Tuesday, September 27, through the Paragon website. 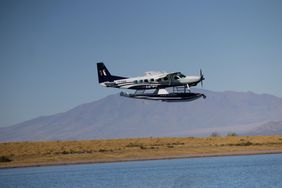 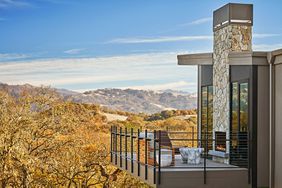 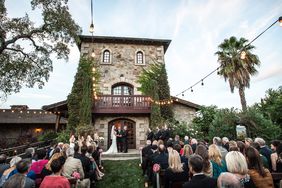 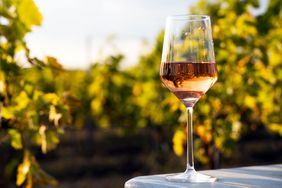