This Atlantic City Steakhouse Is Worth the Off-Season Trip

The food at Robert's Steakhouse justifies passing on afternoon funnel cake to save stomach space.

The allure of Atlantic City boardwalk dining is rooted in sentimentality. Even if you didn't grow up going "down the shore," or if you're a West Coaster who scoffs at Jersey beaches, you cannot resist the the appeal of a stroll down the boardwalk, past corn dog stands and soft-serve windows and ketchup-smeared toddlers eating wrinkle fries surely sprinkled with sand. Yet one of the stops, an air-conditioned reprieve from summer heat and a cozy comfort in the quiet winters, is Robert's Steakhouse, an Atlantic City gem located inside of the Hard Rock Café and Casino, newly opened this summer.

An offshoot of the New York Robert's Steakhouse, the revamped restaurant (formerly located in the now-closed Trump Taj Mahal) is helmed by chef Will Savarese and is, simply put, really, really excellent—a steakhouse that justifies passing on afternoon funnel cake to save stomach space, and merits the drive down to A.C. in the off-season, as long as you're pairing it with some other classic down-the-shore activities like windy jogs by the beach and losing hundreds of dollars.

As many people will tell you, Atlantic City has experienced a recent surge in dining options, attributed to a slew of new openings. This summer, the Ocean Resort Casino opened its doors, bringing with it José Garces Spanish tapas concept Amada andthe coastal Italian restaurant Dolce Mare, which offers some of the best beach views on the boardwalk.

It's a good time to eat in Atlantic City. But there's something about Robert's, the straightforward, no-frills steakhouse, that feels special; a place where the quality of the food matches the coziness of the ambiance matches the stiffness of the martini, which is the best thing I drank during a recent weekend in A.C.

You could reasonably go to Robert's just for the thick, stacked-high onion rings, made fluffy with a light beer batter—but it would be criminal to miss the in-house, dry-aged steaks, served with the restaurant's signature sweet-tangy housemade steak sauce that's so good Savarese once bottled and sold it, or any number of traditional sauces (béarnaise, poivre au vert) in which you'll dunk scraps of whatever you can find on your table, just to keep the experience going.

"I guess the secret is we actually cook it," Savarese tells Food & Wine of the steak sauce. "We cook it to 180 degrees so all the flavors come together and break down, between the onion and garlic and everything else. We make all the sauces in-house. Everything is a veal stock base."

The nostalgic steakhouse sides and appetizers, from iceburg salad with blue cheese to sautéed crab cakes to creamed spinach, are excellent, too.

As F&W senior editor David Landsel wrote in one of his most essential articles, "That New Jersey, ever the butt of a joke, could actually be a serious destination for food—both for produce and for up-to-the-minute, farm-to-table dining—surprises nobody who really knows the state, or anyone, really, who's ever approached it with an open mind."

Robert's is just that: a surprise that's not really surprise, and one of the loveliest restaurants in Atlantic City. 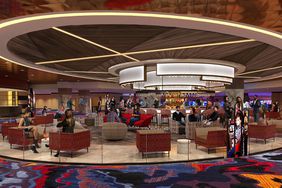 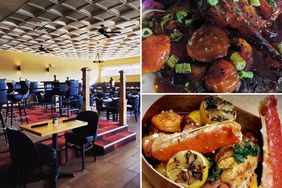 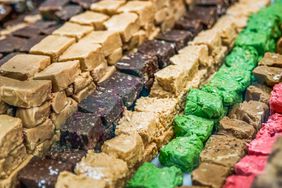