Tsukushi, a midtown marvel for more than a decade, has quietly reopened.

For sixteen years, Japanese home-cooking haven Tsukushi operated in semi-secrecy behind the unmarked door of a windowless, single-story structure near 2nd Avenue, a lustrous, oyster-shrouded pearl swallowed by a sea of Midtown East skyscrapers. In that time, it developed a loyal fan base who sought refuge in its dependable omakase-style dinners and dangerously tempting late-night menu championing heartier comfort food, like ochazuke, rice steeped in piping hot fish stock. When the endearingly quirky building was ordered demolished in 2016, a farewell letter posted to the entrance sounded hopeful, though the restaurant's fate remained uncertain.

Finally, it's time to break out the shochu again: over the summer, chef-owner Norihiko Manabe quietly revived his flagship along a sleepy expanse of 50th Street, setting up shop near where First Avenue juts uphill from the United Nations.

"It was very difficult to find a new space in the area," the 55-year-old Hokkaido-born New Yorker tells Food & Wine, adding with a sigh, "there are so many chains [in Manhattan], it's hard for people like myself."

It's a cruel truth that displaced restaurants don't often manage to reopen, making the homecoming of an under-sung jewel like Tsukushi well worth celebrating; its reappearance, more or less out of the blue, is particularly fitting coming from a chef who has consistently shied away from self-promotion throughout his three decades cooking in NYC.

Gradually, word is spreading, and old customers are making their way back to pay their respects, including tennis player Kei Nishikori, who presented Manabe with an oversized autographed ball from this year's U.S. Open, in which he was a semifinalist. It now hangs out behind the ten-seat, L-shaped counter where the chef presides, framed by a tightly huddled collection of sake, European and American wines, and distilled spirits – including the bottles of shochu (distilled from barley, sweet potatoes, buckwheat, and even minty shiso) that staff still magnanimously invite diners to save for return visits by doing some autographing of their own.

Among midtown's plentiful Japanese dining options (a panoply of underground sake lairs, soba and fried pork cutlet specialists, skewer-happy izakayas, and Michelin-starred sushi palaces), Tsukushi has always stood out for its uncompromising approach to deceptively simple "family cooking," as Manabe likes to call it, and for its inconspicuousness. The restaurant also employed a no-tipping policy long before it was a hot-button issue. Wedged between dueling beauty salons and a podiatrist on a narrow but picturesque, brownstone-lined block, the new location is almost as unassuming as the last, concealed behind drawn shades and understated signage. Most importantly, walking in still feels like happening upon a clandestine treasure.

A voraciously attentive host, Manabe works deliberately, making time between stacking bundles of marinated vegetables and slicing fish for sashimi to chat with neophytes, pull bottles of booze from the back bar, or toast regulars with the can of Budweiser he keeps perched behind his workstation. He's the rare chef who's as devoted to his fans as they are to him, rewarding repeat customers by learning their preferences and granting special requests for favorite dishes if they're in season. So if you happen to flip for his shatteringly crisp fluke skin chips served with tofu-sauced seaweed salad, make sure to give him an extra enthusiastic thumbs-up.

With so much left to the markets and his whims, Manabe keeps the menu for his $60 six-course daily-changing omakase purposely vague. But the general procession is always the same, beginning with an appetizer and a seasonal vegetable and finishing with meat (chicken simmered in kombu stock, or balls of rice shumai dumplings studded with ground pork, maybe) alongside stunning macaroni salad laced with cucumbers, carrots, and a liberal amount of mayonnaise. Even so, there's a giddy, improvisational rhythm every set meal.

Things might kick off with cubes of Japanese baby eggplant or okra shrouded in shavings of dried and smoked skipjack tuna. Another crowd-pleasing opener this summer: the small but refreshing portions of chilled shirataki, bouncy, semi-opaque noodles made from konjac tubers that Manabe mixes with creamy cod roe, shredded mushrooms, and scallions. "Today's Special Dish" typically showcases the restaurant's exceptional range of dashi, sometimes thin and soupy, other times approaching a syrup, but always laden with tasty things like blocks of fried sesame tofu or mustard-dabbed croquettes made from gloriously gummy mashed lotus root.

And before that sweet, sweet 'roni salad hits the table, you can expect cooked fish like shiny grilled whole mackerel split lengthwise or fillets of flaky, crisp-skinned yellowtail next to a mound of grated daikon radish. Dessert could be wobbly roasted green tea pudding or a textbook slice of chocolate cake that might just convince Chelsea Peretti to rethink her outrageous views on frosting.

The late-night menu, a sacred, laminated document of $10 à la carte foodstuffs, has also returned, full of rice fried with fresh crab or pickled mustard greens, formed into onigiri rice balls stuffed with pickled plum or salmon, or mounded into ramekins and smothered in thick curry sauce. It's the only option available after 10 p.m., but you can order from it post-omakase, too. For obvious reasons, the most raved-about of these selections is Manabe's Hokkaido-style ramen, its dark chicken bone broth tinged with soy and brimming with thin, chewy noodles beneath fat-streaked roast pork. And while delectable anytime, there's something to be said for slurping down a bowl at the end of a long night. So yes, it's time to break out the shochu. 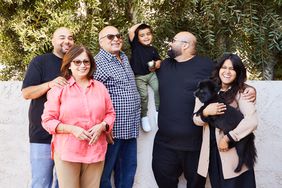