The chain's BOOK IT! program was a frugal, voracious reader's ticket to treat town.

My mother loved a good scam, especially where food was concerned. I grew up very rural and solidly working class. We never went hungry, but unless it was a special occasion, we didn't really eat anything that you couldn't buy at Walmart or that my dad couldn't grow in the garden or shoot during hunting season. He still works construction and my mom worked in a high school cafeteria, so with two kids, there wasn't a lot of time for elaborate meals anyway. My mom's kitchen job did, however, afford her ample opportunities to beef up our pantry when her boss wasn't looking. It took me a few years to start wondering how all those unopened bags of chicken fingers and pristine fruit snacks qualified as "leftovers."

She was the type to hide extra egg rolls in her purse when we went to the Chinese buffet and is the reason I always ask for a take-home box. One of her — our — most successful hustles revolved around pizza, and not the hated boxes of cold Papa John's she started bringing home once she switched to a fancier high school with a larger operating budget. Instead of taking on one clueless boss, this scheme saw her (and her mom) go after an entire national chain.

For those who are unfamiliar, Pizza Hut's BOOK IT! initiative is a school-age children's reading program that has been rewarding bookworms with free pizza since 1984. While the program still very much exists, BOOK IT! arguably reached its peak cultural influence during the early 1990s, when I was in elementary school. The premise for it was beautifully simple: Fill out a BOOK IT! slip, get it signed by your teacher, then take it to your local Pizza Hut and exchange it for a free personal pan pizza. The more you read, the more pizza you got to stuff into your prepubescent face. It was a brilliant way to encourage kids aged 5-12 to read, and in my own experience at least, a boon to cash-strapped parents who still wanted to be able to take their rugrats out for a treat now and then.

That the pizzas themselves were perfectly child-sized and came dripping in salty, golden cheese was an even greater stroke of fortune for kids who were used to the sad, floppy disappointment of Chuck E. Cheese (or soggy Papa John's). For those of us who grew up far away from the influence of actual Italian food, this was real pizza. It was hard not to feel special and cosmopolitan when tucking into those perfect little triangles and slurping down endless refills of Coca-Cola, especially when, if you were anything like me, you were more used to white bread, white rice, and deer meat.

BOOK IT! wasn't a monolith; it allowed for flexibility. Outside of the basic rules, each participating teacher set their own requirements. At my school, you needed to write down three books you'd read in order to qualify — and given the number of students who tried to exploit the system, the teacher had to really believe you'd read them. I was the kind of rapacious little weirdo who regularly devoured upwards of a dozen books a week, so meeting the program goals wasn't exactly a challenge. Bringing up multiple slips every few days became a ritual for me, and an undoubtedly exasperating one for the teachers who had to deal with my smug little face. My mother didn't have to pay to feed me in between errands or after soccer games for years. We had a pretty good thing going, until one year, my teacher placed a limit on the number of slips we could get signed, specifically to halt the spread of my pizza empire.

Once that draconian rule came crashing down upon my head, my mother decided other arrangements had to be made. We needed to call in reinforcements: Nanny.

My grandma ("Nanny") is a retired elementary school teacher, and as I discovered, that meant she not only had access to fat stacks of the coveted BOOK IT! slips, but she also possessed the authority to sign them herself, sans middleman or prying teacher. Prior to the rule change, my voracious reading habits had left us with no need for trickery. However, now that our comfortable little racket was being threatened, it was time to bring in the big guns.

The kind, accommodating servers at Pizza Hut — who eventually grew to recognize us and greet us by name — opened my eyes to a world in which food could be a joy instead of a chore.

Once Nanny was fully in on the game, we'd raid her personal stash and cash those babies in nearly every weekend. My mom would keep a few in her purse — pre-signed with Nanny's prim signature, of course — in case one of us kids unexpectedly did something treat-worthy, but ultimately, it was Nanny and I who spent countless afternoons going on "lunch dates" to the Pizza Hut a few towns over.

It was more than just a treat; it was an adventure. It was an opportunity to go on a long, air-conditioned car ride (a far cry from my more customary spot in the back of my dad's pickup truck) to a sit-down restaurant where I would be given a choice as to what I was eating. There, drunk on the sheer luxury and novelty of it all, I could pick my own toppings, up to two; more cost extra. That's how I discovered the chicken and black olives combo that, two decades later, remains my go-to whenever I have the option — as well as the wild joy of pulling one over on The Man.

For a picky kid who was accustomed to being scolded at the dinner table for refusing to eat or teased in the school lunchroom for bringing the same peanut butter (no jelly) sandwich every day, those glistening, cheesy, buttery discs were my first taste of culinary freedom. Before then, I hadn't known that you could ask to have your food made a little differently or to have something extra added. The kind, accommodating servers at Pizza Hut — who eventually grew to recognize us and greet us by name — opened my eyes to a world in which food could be a joy instead of a chore.

The fact that we were scamming our way into an endless stream of free pizza added an extra sprinkle of illicit seasoning, like a dash of scalawag's MSG.

We'd make a whole day of it. First stop was the county library to load up on books, since the Bookmobile only came to my village once a week and they rarely restocked the selection. After a few hours in the stacks, we'd seal the deal with a personal pan pizza for me and a salad for her. It was magical. As much as we loved the grift, it also meant that we spent a lot of quality time together and that my reading level was stratospheric for a little girl from an underprivileged nowheresville without a library or a post office. The fact that we were scamming our way into an endless stream of free pizza added an extra sprinkle of illicit seasoning, like a dash of scalawag's MSG.

I aged out of the program at 12, and we kept milking those BOOK IT! slips for years thanks to my baby-faced little sister. But, once she hit the threshold five years later, the jig was up. By then, I was 17, and those itty-bitty little pizzas weren't doing much for me anymore. I'd graduated to making my own pizza bagels or driving over to Philly with my friends for a monster slice from Lorenzo & Sons on South Street. I still mourned. It wasn't so much the loss of our Pizza Hut bounty that stung as the knowledge that I was growing up and those golden hours — uncomplicated, innocent, and good — with my grandma weren't coming back. It was the end of an era, and my empire had crumbled into oregano-flecked dust.

Those memories run deep, even as my family and I have drifted further apart in the age of Trump. We don't have many meals together anymore, and when we do, Nanny always un-ironically lobbies for Cracker Barrel. I still love to read, though, and still love pizza. By now, I've spent time in Italy and lived in Brooklyn for nearly a decade, but I still consider those little pucks of slightly burnt mozzarella and tangy sauce the best pizza I've ever had. Nostalgia makes everything taste better.

It does break my heart to think of what the closing of hundreds of the chain's sit-down locations may mean for the next general of resourceful, pizza-loving little bookworms — and for the overworked parents who found a few moments of buttery, garlicky relief in those cracked leatherette booths. Pizza Hut's company slogan at the time was, "You'll love the stuff we're made of" — and thanks to BOOK IT!, I really, really did. 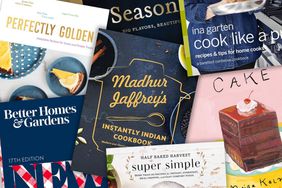