After the initial pandemic shut-downs of March 2020, the restaurants that survived eventually returned, in mutated forms, operating at limited dine-in capacities or offering takeout only. To both resource-strapped chefs and homebound diners, pizza made a lot of sense: It's one of the all-time great takeout foods. Not only did many high-profile restaurants add pizza to their menus to help keep the lights on, but newly out-of-work talent launched new pizza operations of their own, with Instagram as their storefront.

While so much about the future of restaurants remains uncertain, there has never been a better time to eat pizza in America. Take-out friendly and profoundly comforting, pizza became the unofficial dish of the pandemic. It's certainly what I wanted to eat most nights the past year, and it's what so many chefs wanted to cook.

From the early days of the pandemic onward, pizza concepts flourished. In New York City, Loring Place's Dan Kluger began selling his experimental grandma pies for takeout only, out of a ghost kitchen he dubbed Washington Squares. And just this month, ~wd50 chef Wylie Dufresne launched Stretch Pizza in collaboration with NYC's Breads Bakery. In Los Angeles, chef Jason Winters debuted a pizza van called Speak Cheezy, driving around the city with gorgeous sourdough pies promoted on Instagram. In Philadelphia, the pop-up Parma Jawn cranked out some of the city's best pies from a South Philly row home, and Kurt Evans opened his much-anticipated Down North Pizza, which employs formerly incarcerated people to serve its satisfying Detroit-style pies. The list goes on (and on, and on). And that's to say nothing of the underground, not-quite-legal pizza operations run out of homes that have thrived across the country, none of which I plan to incriminate here. In just about every crevice of the country, you could find excellent pizza.

Even with all of these changes going on, we never strayed too far from tradition. So many of the country's oldest, most storied pizzerias continued churning out the exceptional pies that made them famous, buoyed by the sizable takeout and delivery businesses they already had. You could still count on the charred, garlicky clam pies at Pepe's Pizza in New Haven, Connecticut, and the absolutely incapacitating deep-dish creations at Gino's East in Chicago.

It may just be the no-frill classics that hit the hardest. On a recent rainy Sunday, my colleague David Landsel, who wrote our new guide to the best pizza in America, picked me up in Brooklyn and drove me to Staten Island for some pizza. First we hit the legendary Denino's Pizzeria & Tavern for a super-thin-crusted cheese pie, in that classic Staten Island style, and an ice-cold fountain soda. Maybe it was the vaccine in my veins, maybe it was the two-to-one cheese-to-sauce ratio, but I felt like I could properly exhale for the first time in weeks. For seconds, we drove to Joe and Pat's, another Staten Island pizza institution, for magnificently floppy cheese slices. Just a few miles from my Brooklyn home, we were in an entirely distinct pizza micro-region. 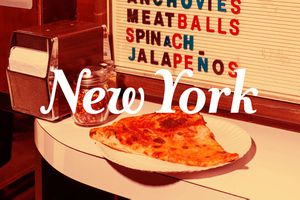 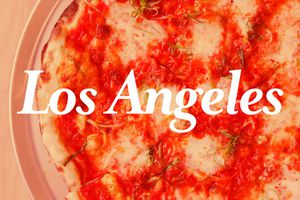 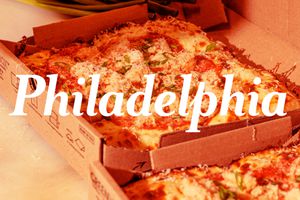 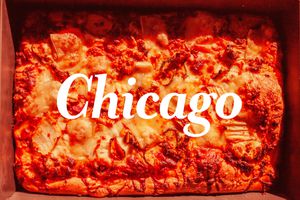 While NYC is the American city most synonymous with pizza, the rest of the country has more than caught up. Detroit, Chicago, Philadelphia, and Los Angeles—all cities with storied pizza histories in their own right—continued to grow their pizza cultures during the pandemic by way of pop-ups, ghost kitchens, and old-fashioned brick-and-mortar spots.

There are trends, yes—Detroit-style pizza continues its unceasing infiltration of every American city, and we're not mad at it—but so much of what is "new" these days feels like it's here to stay. Chicago's Bill Kim debuted Pizza and Parm this year, with Detroit-style pies featuring toppings like BBQ katsu chicken and Korean BBQ ground beef and kimchi. More of that, please.

Another trend we love to see? More and more bakers and bread makers are making pizza, sold as specials or as permanent menu items, and we would like that to never stop. Nick + Sons, my phenomenal neighborhood bakery that operates out of a window in Williamsburg, Brooklyn, began selling pizza on Fridays. And at the appropriately-hyped Breadfolks in Hudson, New York, the fluffy, chewy focaccia is as powerful as the famous sourdough boules.

As the American hospitality industry calibrates to a new late-pandemic normal, incredible pizza may be one of the few constants we have left. And we're okay with that. — Senior Editor Maria Yagoda 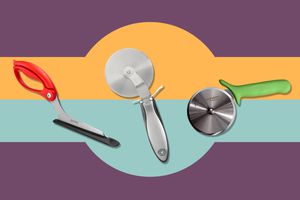 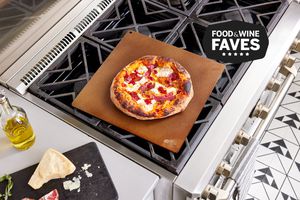 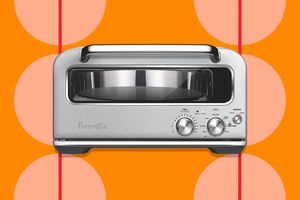 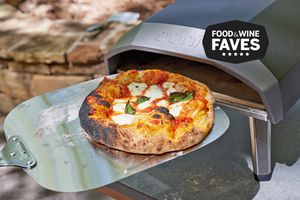 The 7 Best Pizza Ovens for 2023, Tested and Reviewed
Was this page helpful?
Thanks for your feedback!
Tell us why!
Related Articles 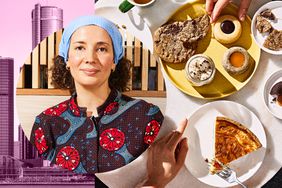 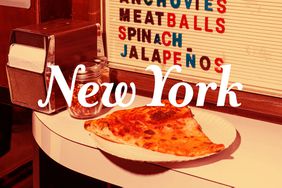 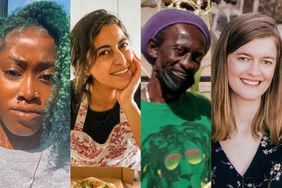