From Bangkok to Cebu City, here's where you can eat the dishes featured on the Netflix series.

In case you missed it, Netflix dropped a new food-centric docuseries on April 26 called Street Food, from the makers of Chef's Table. It's a celebration of different street food dishes and traditions around the world—and season one takes us to Asia, stopping at nine cities along the way. Among dozens of other dishes, viewers will see Nilarang Bakasi (soured stew with reef eel) in Cebu City; drunken noodles in Singapore; and Nihari (buffalo stew) in Delhi that's so popular, people line up for hours to get a taste.

"One of the things that was really important for us was that we wanted to make sure we were getting local input, and to learn from the people in each city—where should we be looking?" Brian McGinn, one of the show's co-creators, told Food & Wine.

Many of the vendors featured have dedicated 40, 50, even 60 years of their life to perfecting one dish—so you know it's good. Street Food visits at least two-three people in each city, not only highlighting their specialty foods, but also delving into their backstory and how they got into the business. We've combed through to list all the vendors profiled in season one, in case you're tempted to make a road trip out of it and try them all (we certainly are). Check them out below:

Jay Fai's reached international acclaim for her crab omelets, which earned her a Michelin star—drunken noodles and tom yum soup are also among her specialties. The Street Food crew particularly loved the noodles, calling them "pretty extraordinary."

This is where you'll find legendary, hand-pulled barbecue pork noodles. They're so popular that Suthep couldn't retire (his clients wouldn't let him).

In Chinatown, Jek Pui has been serving curries from a sidewalk cart for over 70 years.

Toyo is renowned for his broiled tuna (made with a blowtorch) and his jubilant, magnetic personality. As Street Food co-creator David Gelb notes, "there's this really fun energy, but then, we start to talk about his backstory and his childhood—and you realize, wow, he was cooking just to survive. It was a matter of life and death, and just basic survival."

Umai-ya, run by Mr. Kita, is one of Osaka's oldest takoyaki (fried octopus balls) stalls. Kita wants to keep it running through its 100-year anniversary.

Okonominyaki, which translates to "how you like" is the soul food of Osaka, according to Street Food. The savory pancake is made by Goshi and his father at Fue.

Dalchand Kashyap dedicated his life to bringing his family back together through Chaat—a popular street food that blends chutney, yogurt, potatoes, and vegetables—by using his late father's recipe.

When we interviewed McGinn and Gelb, one of the many foods they called out was nihari. The latter is a buffalo stew which has people lining up an hour before the stall opens in Delhi, jostling for positions and screaming their orders before Rehan runs out. Yeah, it's that good.

Karim's is a five-generation operation with a famous seekh kebab recipe, which they can trace back to their ancestor Haji Mohammed—a cook in the royal court of the Mughal Empire, per Netflix.

Dharmender Makkan's chole bhature (chana masala and bhatura, a type of fried bread) recipe comes from his grandfather, who came to Delhi in 1947 with nothing but said recipe and the clothes he was wearing.

Mbah Satinem's jajan pasar is so popular that you need to get there before 9 a.m.—otherwise, you'll be out of luck.

While Mbah Satinem's jajan pasar is more traditional, Leonarda Tjahjono (owner of Arya Snack and Food) puts an artistic twist on it, creating designs for all occasions.

Mbah Lindu, who's over 100 years old, is one of the oldest street food cooks in the world, having made her gudeg (jackfruit braised with palm sugar and coconut milk) for over 86 years.

At her family stall, Grace Chia Hui Lin has helped propel her family's fish head soup recipe to fame through modernizations and innovation. (The recipe stays the same.)

To make his goat stew, Uncle Goat, as he's called, created an oven cave where he cooks it for three days and three nights.

Magistrate Liu's is one of the oldest stalls in Chiayi, where Liu-Zhu has been serving turkey rice and chicken rice for 50 years.

Tsui-Eh's douhua (aka rice pudding, "the dessert of Taiwan") is the best in Chiayi, according to Street Food—she's been making it the same way for over sixty years.

While her grandmother opened the stall 86 years ago, Gunsook Jung carries on the tradition today, preparing soy-marinated crab and side dishes.

Jo Jungja's baffle (fried leftover rice, made in a waffle maker) was initially created on a whim when she was hungry—now, it's her specialty.

McGinn told us Truoc's snail dishes were among some of his favorite meals while he was traveling and filming Street Food. She learned the recipes from her father, and has used them to run a successful business and make a better life for her son.

Pho is family business for Anh Manh, whose parents started making the noodle soup after the war.

Aisha Hashim trained at pastry school in America, and came home to Singapore to help her family run their putu piring shop. The latter is a steamed rice cake filled with palm sugar and topped with pandan leaf—and while putu piring is traditionally very hard to make, Hashim figured out how to prepare it in two hours, as opposed to 10.

Master Tang's famous wonton noodles have been around since the World War II era.

You've likely heard of Singapore's iconic chili crab, and KEK Seafood is the place to get it. The father in charge recently let his two sons take over the business—but they had to prove themselves first.

Chicken rice is another Singapore staple, and Niven Long's is some of the best—you can find it at Sin Kee Chicken Rice.

Entoy uses bakasi (reef eel) to make a soured stew, nilarang bakasi, that's supposed to be the best in town.

You can thank Enjambre's grandmother for starting the lechon (roast pig) industry in Talisay, Cebu—and it's been passed down ever since. It's a staple at parties, and the most popular street food in the city.

Ian Secong took a traditional dish—tuslob-buwa, a bubbly gravy with sautéed onions, garlic and pig brains—and brought it into the mainstream at his restaurant Azul. 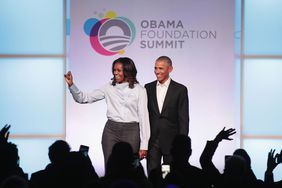