Everything You Need to Know About Drinking in Dubai

“You are invited to the Dubai Food and Wine Festival!”

Wait. What? There is a wine festival in Dubai? You can drink in Dubai?

The quick answer: yes, as a tourist.

One of the biggest misconceptions about Dubai is that you can’t drink. And if you do there are strict repercussions. This isn’t the case, but it’s also not a 24-hour booze-fueled party.

The city of Dubai is the hub of tourism for the United Arab Emirates. For this reason, and because of the large population of expats living in Dubai, drinking is allowed for non-Muslims.

That said, the city it is still a Muslim city that follows the rule of Sharia Law (the religious legal system for the Islamic faith). So while Dubai tolerates alcohol consumption by non-Muslims it still imposes strict rules.

Here, everything you need to know about drinking as a tourist in Dubai:

Drinking Is A-OK, in the Right Places

Tourists are permitted to drink in licensed restaurants, hotels and bars attached to licensed hotels. It is unacceptable and punishable to drink in public places—even beaches. Dubai is incredibly strict about public drunkenness and has zero tolerance for drinking and driving.

To purchase alcohol at a store, both residents and tourists require a license. But there is a loophole: To avoid having to obtain a license, visitors can purchase alcohol at Duty Free in the airport and bring it back to their hotel. But, if you do want to apply for a license, you must be over the age of 21 and earn an excess of 3,000 AED a month (just over $800).

The Police Are Always Watching

While in Dubai, you might notice the absence of police officers in public areas and think it’s okay to crack open a beer. Be advised, the police are there, blending in, dressed as civilians. Being drunk in public can lead to sentences of six months in jail and hefty fines, so wait on the beer.

The Drinks Are Worth It

Strict punishments aside, Dubai understands that its visitors and non-Muslim residents want a good cocktail every once in awhile. The wine, beer and cocktail programs at hotels and restaurants are exceptional, with cutting-edge mixology, jaw-dropping wine lists and expertly curated liquor selections. The four and five star hotels (and, of course, the extra-exclusive seven-star hotels) pride themselves on bringing in some of the best Champagne, bartenders and sommeliers in the world.

When It Comes to Social Media, the Vaguer, the Better

Those active on social media should be aware of what they post when drinking is involved. It is best to refer to alcohol generically. Try to be vague when posting about alcohol-related activities. For instance, “I am enjoying a drink at the hotel” instead of “This vodka cranberry cocktail is going down like water.” 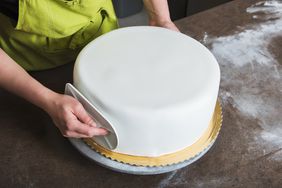 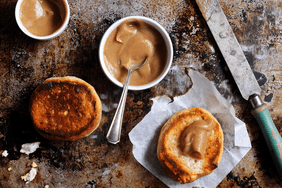