What food is each state known for? We look at 50 iconic dishes.

Whenever we're looking to avoid key responsibilities, we take a gander over to Reddit and watch people argue. One of the topics that get people the most riled up, of course, is food — even more agitating is the topic of regional food. A very popular AskReddit thread posed a question that inspired over 24,000 comments to date: What food is each state known for?

Naturally, people had opinions, many of which we agree with and many of which we could not disagree with more. Below, we're posting the most popular responses for each state and encourage you to decide for yourself. Just don't take your frustration out on us — we're merely the messengers. (See the entire Reddit thread here if you're looking to do an even deeper dive.)

If you want to attempt making dishes from every state, too, we think that's a fabulous idea. We'll link some of our favorite recipes below.

Runner up: Etouffée ("I feel like Louisiana is the only state where you could get 10 different answers and they'd all be correct.")

North Carolina: Pulled pork sandwich with a vinegar-based sauce (with hushpuppies and coleslaw)

Runner up: Steamed blue crabs from the coast

Oregon: "Anything with Marionberries!"

Runner up: Cinnamon rolls with chili

Runner up: Shrimp and grits

Runner up: Cinnamon roll and chili

Runner up: Kielbasi, sauerkraut, and pierogies

Runner up: Biscuits and gravy

Runner up: Bison or elk burgers

Answers have been edited for clarity. 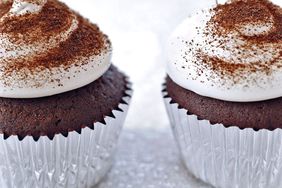