Beer Spas Are the Perfect Recipe for Relaxation on Tap

While I may have found the odd hop flower in my hair later in the day, my skin felt smooth and looked radiant.

Even though Piva Beer Spa is situated along the hipster highway of Milwaukee Avenue in Chicago, there wasn’t a PBR in sight the day I arrived. Piva’s menu lists beer concoctions never intended to pass my lips, instead touting an array of aesthetic benefits like smooth skin and shiny hair thanks to the polyphenols in hops, which are said to have antioxidant and anti-inflammatory properties.

Beer spas, though new to the United States, are steeped in European tradition. Piva Beer Spa, owned by Edin Sarancic and his son Dino, who hail from Bosnia, is named for the Slavic word for beer. (Technically, pivo means beer, Dino admits, but “Piva rolls off the tongue better.”) Home to more breweries than any other American city, Chicago was the perfect place for the duo to test the concept in the U.S.

On my visit, I opted for a beer bath. After a quick sit in the sauna, I slipped into a wooden tub filled with a warm brew that was 25% Pilsner Urquell, along with dry hops and brewer’s yeast. I had a relaxing soak while enjoying a platter of fruit and cheese and a cheeky pint of pilsner. My appointment finished with a beer facial on a bed of hay, which split the difference between being barnyardy and soothing. I left feeling completely chilled out (without blowing the slightest .08), and while I may have found the odd hop flower in my hair later in the day, my skin felt smooth and looked radiant. I’ll be back soon for another round.

While there is only a small flight of beer spas in the country so far, their adoption is growing. America’s first beer spa, Hop in the Spa in Sisters, Oregon, where treatments include fizzy nitro-infused beer baths, plans to open locations in Tahoe City, California; Philadelphia; and Bend, Oregon through 2020. In California wine country, Calistoga Ranch offers a beer bath to soothe aching muscles; their Ale Immersion Bath is made up of dry yeast, barley, malt, and hops and is served with a side of local IPA. 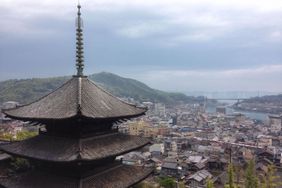