Turkey is a global melting pot of a country—a place where, thanks to the Ottoman Empire, the traditions of Russia, China, and the Middle East all meet and mingle. Cay (pronounced just like chai), the country's tea preparation of choice, is the perfect embodiment of this hybridized culture—borrowing various elements of other tea traditions, but producing something distinctly Turkish.

The History of Cay

Tea originally arrived to Turkey by way of China—the name, cay, comes from the Chinese word for tea, chá. It wouldn't become popular, though, until two critical events happened: First, in the late nineteenth century, when Mehmet Izzet, then-governor of Adana, published a pamphlet extolling upon the health benefits of tea, and second, after the collapse of the Ottoman Empire, when the Russians lost control of Mocha and therefore their coffee supply. Imported coffee became very expensive, so people switched to tea. The Turkish soon discovered that they could grow tea on their own soil, and turned the province of Rize, with its ideal climate and arable land, into a major tea production city.

Today, Turkey is one of the largest tea markets in the world—and the world leader in tea consumption, well beyond India, Russia or even China.

How to Prepare Cay

And while the tea drying and oxidation process comes from the Chinese, the actual preparation process comes from the Russians. Turkish people use a multi-layered vessel called the Çaydanlık for brewing their tea, very similar to a Russian samovar, albeit traditionally not as ornately decorated. The set-up includes two kettles, with the bottom being used to boil the hot water, and the top for creating and storing a tea concentrate, made by pouring some of the boiled water on top of a small portion of tea leaves. The tea is poured out into glasses, and people can dilute it with boiled water to preference—again, very similar to the Russian style. But the sweetener used, beet sugar, is fairly unique to Turkey. A typical cup will have one to two cubes of sugar, though Costa notes that "the end result still ends up being quite mellow and aromatic, as you need a considerable amount of sugar to take that astringency from the tea."

The serving vessel is also distinct—it's a Tulip-shaped glass with a wide brim that's clear, so that drinkers can admire the deep mahogany-red color of the tea. Those who make their tea on the milder side will opt to have their glass of cay with one of Turkish cuisine's many very-sweet pastries, like baklava, while those who add several sugar cubes to their tea go for something like Qurabiya, a simple almond shortbread cookie that you can dip right into your cay.

In many cultures, when you go to someone's home, tea is almost always offered, without question. In Turkey, this is true not just for homes—but for stores, shopping malls, restaurants and other public space. "It's an important hospitality gesture," Costa says. Many shops will hire a dedicated person whose sole job it is to make the cay for customers. Some cookbooks will even cite cay glasses as a measuring device in lieu of measuring cups in recipes.

Starting in the twentieth century, Cay houses became popular—these were dens where people would go to smoke, play games, and discuss politics. Many still exist today, and unlike a Japanese teahouse, these are loud, lively spots that are centers of social activity for a neighborhood.

Cay—like Turkish cuisine—is only starting to become widely available in the U.S. "People here don't yet understand how these various cuisines that they know flow together to create Turkish cuisine," Costa says. But Cay is symbolic of the vibrancy of the country's culinary scene, "showing how disparate and wide influences come together to create this drink that is coherent, and ultimately, ubiquitous." 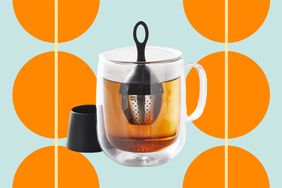 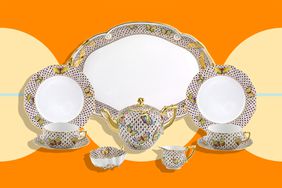 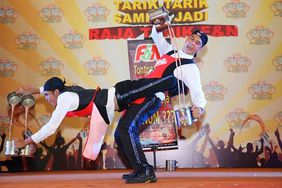