The next generation of spice companies are delivering better-tasting spices while disrupting an outmoded industry.

Sana Javeri Kadri remembers moving to San Francisco in 2016, visiting her local grocery store, and immediately noticing that even though the produce was organic and the coffee was single origin, the spice section left much to be desired.

"It was just one brand with all these tiny little cardboard boxes that looked really unappealing," she says. "I was like, 'There is such an opportunity for better sourcing, for storytelling, for [showcasing] culture.' What passed for turmeric in 2016 was this oxidized, grainy yellow powder," the Mumbai native adds.

So, in 2017, she started her company,Diaspora Co., with turmeric bought directly from a farmer named Prabhu Kasaraneni, who grows it organically in Kankipadu, India, at his family's third-generation property. Her approach is a dramatic departure from the commodity trading model that has long defined the spice industry, where farmers must deal with a cohort of middlemen and only receive a small fraction of revenue. By the time spices reach the customer, they have dulled in flavor, so farmers have no incentive to grow for quality, only quantity.

Diaspora Co. is one in a rising tide of small spice companies delivering better-tasting spices while disrupting an outmoded industry. Another, Burlap & Barrel, was cofounded by Ethan Frisch. Before starting his company with business partner Ori Zohar, Frisch worked at New York restaurants that got whole animals from Pennsylvania farms, but for spices, "sourcing was an afterthought." He later became an aid worker in Afghanistan and would bring back spices in his backpack for chef friends. They were wowed by the flavor.

But finding farms willing to set up an entirely new supply chain takes a lot of work. Frisch says most farmers he visits are reluctant to challenge the existing system, however exploitative it is, because it practically guarantees their spices get sold. Under a direct-trade model like Burlap & Barrel's, though, farmers are able to pocket more revenue, Frisch says. "The farmer, rather than initiating the supply chain, is in control of it."

Flavor and responsible farming practices tend to go hand in hand, says Claire Cheney, the founder of Curio Spice Co., another company that's scrupulous about sourcing. She usually finds the best-quality spices from small farms that are putting care into every step of the process—growing their crops organically, paying their workers a living wage, and giving back to the community.

For Cheney, Frisch, and Javeri Kadri, one of the biggest challenges is convincing customers they ought to pay more for spices because doing business responsibly comes with an added cost. So they put the farms that supply their spices front and center in their marketing to help customers understand the labor that went into their wares.

All three companies have grown significantly since their founding, diversifying their spice lineups (see "Spice World," below, for some of our favorite offerings) and cultivating loyal followings among conscious home cooks and chefs (a few of whom shared their favorite ways to cook with the companies' spices in the recipes below). Javeri Kadri has expanded her mission to address the systemic issues that trap migrant workers in poverty, helping farms set up health care programs and giving out scholarships.

Still, Frisch says, "We are a drop in the bucket in the industry, and we have a lot of work to do to change it at scale." But his cofounder, Zohar, is optimistic that companies like theirs are already creating a meaningful shift in behavior.

"You wouldn't buy wine if you didn't know where it came from," he says. "Hopefully, spices will have that same status."

Get the Recipe: Fried Yuba Tacos with Sweet Corn Relish

Get the Recipe: Orange-Cardamom Butter Cakes with Rose Water Icing

Get the Recipe: Spice-Roasted Halibut with Herbs and Tahini Salad

Get It: Blue Turmeric, $9 at burlapandbarrel.com

Turmeric was Diaspora Co.'s original breakout star, the first on an ever-expanding roster of expertly sourced Indian spices that includes chiles, cardamom, peppercorns, and saffron. The team worksclosely with growers, often on family-owned, multigenerational farms, screening for the most potent, highest-quality, sustainably grown spices. (2) Pragati turmeric comes from a third-generation family farm in Kankipadu, India, and (3) Anamalai mace is from a regenerative family farm in Tamil Nadu, in the south of India. Watch for their sumac, ajwain, moringa, and rose, debuting for preorder this summer.

To Buy: Pragati Turmeric, $12 at diasporaco.com

To Buy: Anamalai Mace, $12 at diasporaco.com

Furbish your spice rack with vibrant florals from Curio: stunning, heady (4) culinary lavender sourced from a small farm in Oregon; (5) pickled cherry blossom from Kanagawa, Japan; or sweet Moroccan rosebuds. Spice blends are also Curio's forte, like (6) Ferla Spice, a blend of Sicilian herbs and salt sourced from a specialty farm run by a brother-sister duo in the village of Ferla, Italy. New to the lineup are Ethiopian blends, including berbere and local spice blends, featuring a new partnership with a woman-owned co-op in Ethiopia that will roll out mid-June. —Antara Sinha

To Buy: Culinary Lavender, $4 at curiospice.com

To Buy: Ferla Spice, $9 at curiospice.com 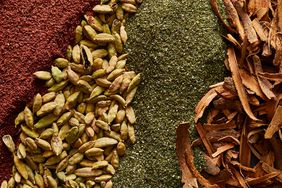 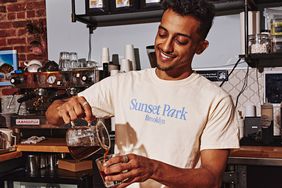