Roots of Peace wants to give winemakers their land back.

In 1997, the California-based non-profit Roots of Peace launched with the mission of "removing the remnants of war and restoring agricultural productivity and prosperity." Over 25 years, the organization has worked in Croatia, Bosnia-Herzegovina, and Afghanistan to replace minefields with farms, orchards, and vineyards, giving the land back to the people. And now, despite the ongoing conflict, Roots of Peace says it plans to bring its work to Ukraine, in what it calls its "Mine to Vines" mission.

In late November, Roots of Peace announced it's partnering with the Rotary E-Club of Ukraine (an online Rotary Club) to remove landmines from the Mykolaiv region, an area bordering the Black Sea in Southern Ukraine, to give five families their vineyards back. The region, the non-profit explained, has "cultivated vineyards for thousands of years," but since the Russian invasion in February, "is now held hostage by lethal landmines and explosive remnants of war."

"As Ukrainians and Rotarians, making Ukraine safe again and rebuilding destroyed and (military) polluted areas are our main focuses now," Tatiana Godak, president of the Rotary E-Club of Ukraine, shared in a statement. "The Roots of Peace Mines to Vines initiative will substantially contribute to both."

The project, Kuhn explained to Food & Wine, will take place in three phases. Now is fundraising time. The non-profit will work throughout the winter to raise as much money as possible for the project. In phase two, its partners, including The HALO Trust and Tetra Tech, will physically demine the land, or as Kuhn put it, "they're getting ready to do battle for peace." Finally, once the mines are cleared in the spring, the team will assist in the local vine and agro-business recovery phase, assisting the families in its pilot program to replant their crops and reorganize their businesses. Then, Kuhn said, like the other projects at Roots for Peace, the team will stay on for as long as it takes to ensure success.

And it's a practice that appears to be working in the other regions Roots for Peace has assisted over the years. To date, the organization says on its website, its teams have overseen the removal of more than 100,000 landmines and other unexploded devices while planting over seven million fruit trees across multiple nations.

"May we turn mines to vines and replace the scourge of landmines with bountiful vineyards in Ukraine. This is a call to action," Kuhn told ABC 7 News over the weekend during the official Mines to Vines announcement event in Napa Valley at Grgich Hills Estate, whose president, Violet Grgich, is also partnering on the campaign. "We are committed, in the spring, when snow thaws, to begin the demining of that land," Kuhn added.

As The Guardian reported, Ukraine recently regained control of parts of Mykolaiv that Russian forces held. However, late last month, the Ukrainian government announced plans to evacuate civilians from these areas as the damage to the infrastructure could make survival during the cold winter too difficult.

Still, Dmytro Kushneruk, the San Francisco Consul General of Ukraine, stated his optimism for the program's future. He noted in a statement, "As almost 30% of the territory of Ukraine remain contaminated with Russian mines, it is our strong belief that with Roots for Peace's support the demining process in Ukraine will be performed quickly and effectively, bringing back normal life to our people, who suffered from this war of Russian aggression so far."

Learn more about the Mines to Vines project, and all of the non-profit's work, on rootsofpeace.org 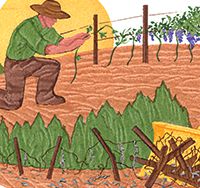 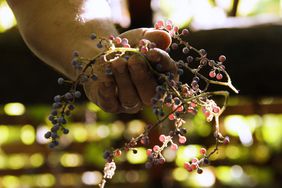 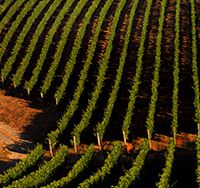