F&W Star Chef » See All F&W Chef Superstars Restaurants: Churrascos, Américas, Amazón Grill, Artista (Houston) Before opening his Houston restaurant Churrascos in 1988, chef-restaurateur Michael Cordúa’s sole experience was as a pot washer. The Nicaraguan native has since became an ambassador of Latin American cuisine. Cordúa, who also holds a BS in economics and finance from Texas A&M and an MBA from Rice University, has opened six additional restaurants. Working with his son David, a graduate of Le Cordon Bleu in the coming year Cordúa is set to open a new Churrascos, multiple Amazón Grills and a new seafood restaurant; plus, he is working on a cookbook to celebrate his 25th anniversary in the business. What dish are you famous for? My churrascos, which use tenderloin, cut to resemble skirt steak. It’s important to carve the steak evenly, about a half-inch thick. And of course, what makes it taste most like a food of the Americas is the wonderful chimichurri. Also tres leches cake. Most people connect its introduction into this country with our version. It grew out of a simple recipe on condensed milk cans that was circulated throughout Central America. We’ve added a few of our touches, making both the cake and the meringue lighter. We also left off the canned fruit salad that was such a traditional element. What’s the first dish you ever cooked yourself?Gallo pinto, a Nicaraguan version of stir-fried small red beans and rice that we ate three times a day. Favorite cookbook of all time?50 Años en la Cocina, by Angélica de Vivas. I dated a granddaughter of hers while in college, and she gave me her book. It was instrumental in exposing me to the cuisine I had growing up in Nicaragua. I still have that copy. Who are your mentors? Teresa Ocampo, a Peruvian single mom who went to Le Cordon Bleu in Paris and returned to Lima, becoming the Julia Child of Peru in television and in print. She taught me about the depth of Peruvian cuisine, in the late ’80s. The other is Gumaro Lopez, who was just 20 when I met him. He is from San Luis Potosi in Mexico, but had worked for six years at a local French restaurant and taught me some fundamental European techniques. He became the first and youngest chef de cuisine at Churrascos. Best-bang-for-the-buck ingredient? Butter. For $3 a pound, nothing does so much for so many foods. You can reduce the amount of butter you use in some recipes, but you should always, always use the real thing. I especially enjoy browned butter, since it has even more flavor. It’s a kind of secret weapon, whether it’s over grilled fish or chicken or mixed into something like gallo pinto. You won’t know where all this amazing taste is coming from. Best-bang-for-the-buck food trip? Madrid. I love the feel and charm of the small tapas bars like Platero, where the croquetas were like crispy custard, the percebes (barnacles) were tender and sweet, and the section on ginebra (gin) reads like a wine list. If you were going to take Tony Bourdain out to eat, where would you go? Back to Nicaragua. He was not escorted well. You are going to have your best meals there not at a restaurant, but at someone’s home. The country is a tropical paradise and not very developed. Private homes are where the really good and safe eating takes place. Best new store-bought ingredient? Sucanat from Wholesome Sweeteners. It’s simply evaporated sugar cane, and when I have it, I can taste my childhood. What do you eat straight out of the container, standing up? It usually involves Häagen-Dazs ice cream. My son David says I eat ice cream like a stoned college kid. Based on the mood I’m in and what I can find around the house, every serving of my favorite dulce de leche ice cream becomes a big, once-only production, with things like peanut butter or candy or jelly.1994 Best New Chef Bio Won Best New Chef at: Churrascos, Houston

The cake can be refrigerated for up to 1 day. Make the meringue and finish the cake the day of serving. 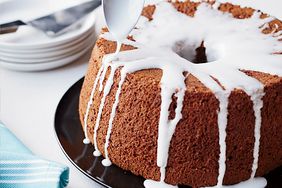 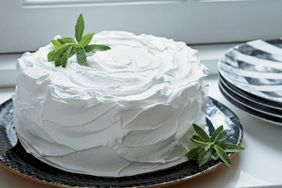 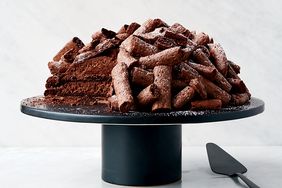 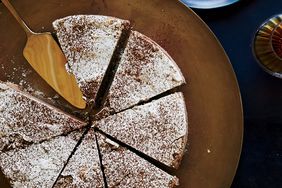 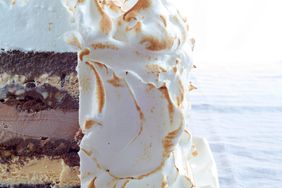 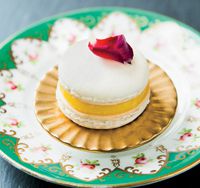 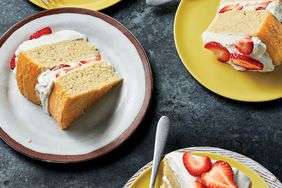 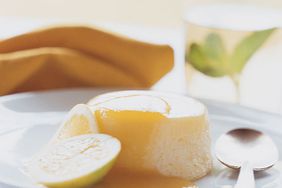 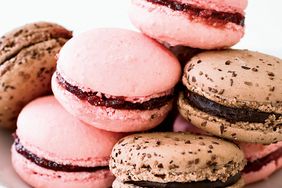 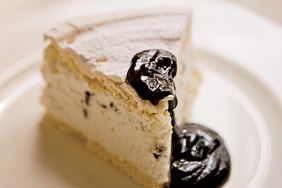 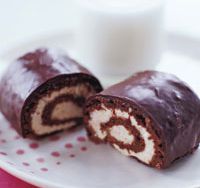