Squid and Shrimp Fideuà with Allioli

In this one-skillet main course inspired by winemaker Mireia Taribó's homeland of Catalonia in northeastern Spain, slowly sautéed squid and shrimp nestle into a bed of short, thin noodles. The fideuà noodles soak up the seafood stock and onions as they cook, their flavor intensifying as they crisp on the bottom of the pan. Be careful not to overcook the seafood — especially the squid — during the initial sauté. Taribó loves to serve this at dinner parties at her California winery, Camins 2 Dreams. 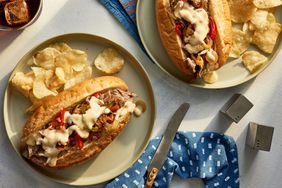 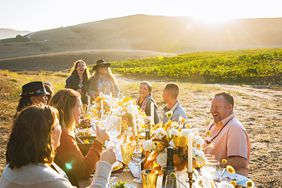