These just might be the world's best and most indulgent baked potatoes. First they're stuffed with sour cream and Parmigiano-Reggiano, then they're topped with tangy gravy, melted mozzarella, bits of crisp bacon and, finally, fried potato skins.

Chef Christopher Coombs is the co-founder of Boston Urban Hospitality and proprietor of four highly regarded restaurants, including the award-winning steakhouse Boston Chops. Forbes and Zagat placed him on their "30 Under 30" lists. He was also a contender for Food & Wine's "The People's Best New Chef in New England."

Experience: Christopher Coomb's love of the hospitality industry began at the age of 11 when he landed a job washing dishes at a seafood restaurant on Boston's North Shore. He went to work for Chef Ming Tsai at Blue Ginger in Wellesley, Massachusetts, after graduating from culinary school. Christopher's passion and talent impressed executive chef Patrick O'Connell at Toppers in Nantucket, who took him under his wing and set the young cook to work at The Inn at Little Washington in Virginia. Coombs returned to Boston in 2005, taking on the role of executive chef at dbar, where his focus on seasonal menus led him to create an innovative rooftop garden to grow his own fresh ingredients.

Along with business partner Brian Piccini, he opened Deuxave, a fine-dining restaurant marrying contemporary French cuisine with American ingredients, and the urban steak bistro Boston Chops. Committed to sustainability, Coombs takes a nose-to-tail approach to a steakhouse menu that includes small plates of "rarely celebrated" cuts. In addition to his restaurant ventures, Christopher is a spokesperson for HP Hood Cream, has appeared in ads for Mercedes Benz, and participated in international food festivals such as the South Beach and New York City Wine and Food Festivals.

Education: Christopher received his formal training at the Culinary Institute of America in Hyde Park, New York, where he graduated with a degree in Culinary Arts.

The gravy can be made up to 3 days ahead and kept covered in the refrigerator. 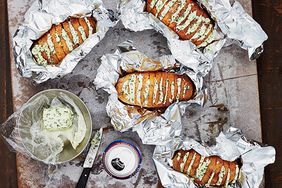 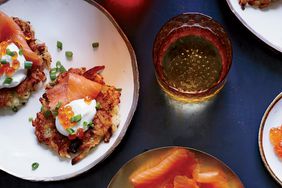 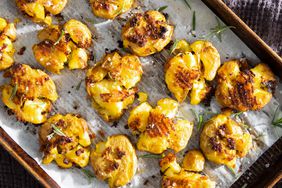 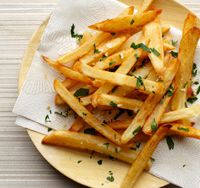 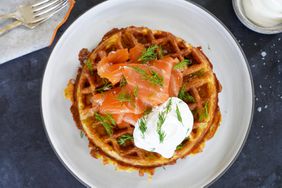 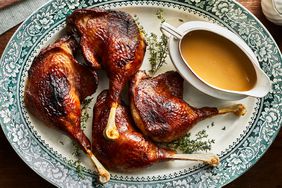