Chef Way David Burke serves three variations of this recipe in his restaurants at any given time. In one version he turns the fresh peaches into tempura french fries; in another, he prepares a peach-and-skirt-steak napoleon, carefully layering and stacking the ingredients. No matter the dish, Burke always marinates the skirt steak for at least 24 hours.Easy Way Burke marinates skirt steak for 20 minutes before grilling it alongside luscious fresh peach slices tossed in a mixture of honey, cinnamon and ginger. He sets aside some of the steak marinade, mixes it with mustard, and serves it as a delicious, speedy steak sauce. More Steak Recipes 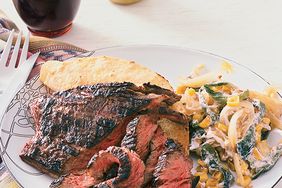 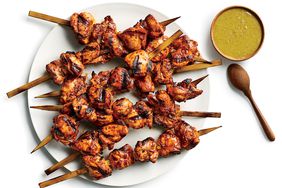 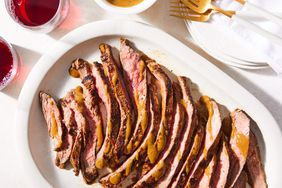 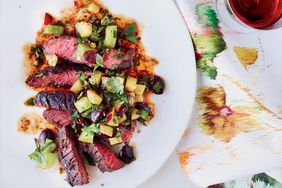 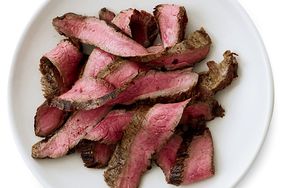 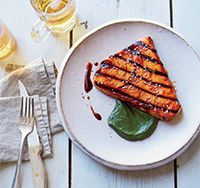