In 2018, Food & Wine named this recipe one of our 40 best: Legendary chef Jeremiah Tower has been called the father of California cuisine, both as the chef at Chez Panisse in the 1970s, then at his own magnificent San Francisco restaurant, Stars, where this lamb shank dish was first served. Rich, mellow, saucy, and supremely satisfying, it was a dish that caught diners' eyes as it passed by their table, inspiring them to immediately order it for themselves. At Stars, Tower served the shanks with an aioli flavored with rosemary and mint, but we like to devour them as they are. Tower also advises using a heavy Dutch oven just big enough to hold the shanks. The lamb can be braised a day ahead, making the meat extra tender and flavorful. The last-minute addition of fresh bell peppers injects a bright finish to the rich dish.

Jeremiah Tower is an American celebrity chef who has been credited with pioneering the culinary style known as California cuisine. As a food lover since childhood, he did not have formal culinary training before becoming a chef.

Educated in Australia, England, France and the United States, Jeremiah Tower is considered a leading authority on food and hospitality. He began his culinary career as executive chef at Chez Panisse in Berkeley, California in 1972. Jeremiah opened and owned several other successful and highly acclaimed restaurants in San Francisco (Stars, Stars Café, Speedo 690), Hong Kong (The Peak Cafe), Singapore (Stars), and Seattle (Stars) after opening the Balboa Café, Santa Fe Bar & Grill in Berkeley, and Ventana in Big Sur between 1978 and 1984. After many more ventures including additional restaurants, cookbooks, media appearances, Tower remains a culinary legend. 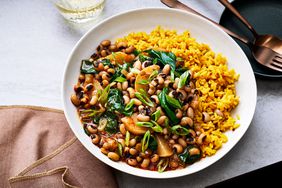 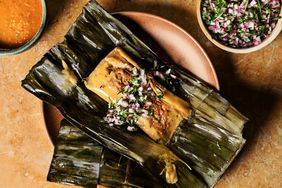 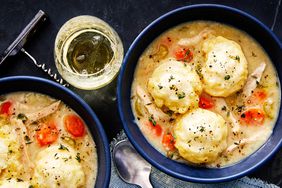 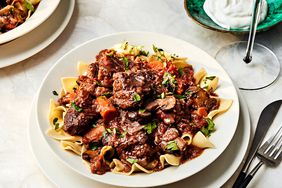