This luxurious, delicious combination of gin and Champagne can be easily scaled up for a crowd.

You'd never guess that this celebratory gin and Champagne cocktail (served with a fancy lemon twist, no less) had its start as a wartime cocktail, and has a name inspired by powerful weaponry. The French-made Canon de 75 modéle 1897, known colloquially as the Soixante-Quinze or Seventy-Five, was an agile rifle which could shoot faster and more accurately than any other. According to Difford's Guide, the rifle quickly became a symbol of hope for the French and American soldiers who used it during World War 1, and many credit it as a backbone to their victory.

The first known version of the cocktail was called the Soixante-Quinze. It is said to have been created during World War 1 around 1915 by a Parisian bartender. With some resemblance to what we know the French 75 to be today, the 1915 version of the Soixante-Quinze was made with gin, lemon, grenadine, applejack brandy, and a bit of water. Since then the cocktail has evolved with different variations on the recipe. It was in 1927, in a cocktail book called Here's How written by Judge Jr., that the French 75 got its contemporary name and a signature splash of Champagne. The recipe in Here's How specifies that the drink should be served in a "tall glass" and likens it to a Tom Collins, noting that the addition of Champagne in lieu of soda water makes the key distinction.

Whether you enjoy this historic cocktail in a Champagne flute, a coupe, or even a tall glass, the French 75 is a timeless and delicious cocktail that brings some joy (and a sneaky punch of booze) to any occasion. For Executive Features Editor, Kat Kinsman, sipping a French 75 at one of her favorite bars, the eponymous French 75 bar in New Orleans, is the ultimate comfort from the rest of the world. "I'm my best self in my favorite bars," writes Kinsman. "I'm not possessed of some grand, booze-fueled delusion that a few sips of a French 75 suddenly infuses me with the wit of Dorothy Parker or the charm of Idris Elba; it's just that I know I'm in good hands."

The syrup can be refrigerated for up to 3 weeks. 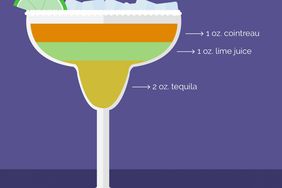 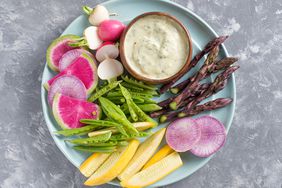 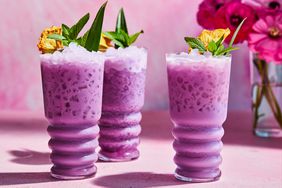 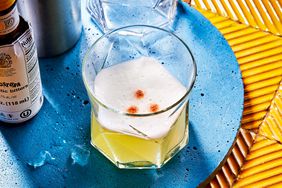 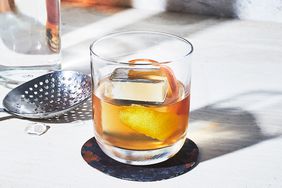 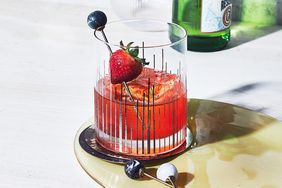