Rarebit? Rabbit? Rarerabbit? The argument as to correct spelling and pronunciation burns eternal, but all that really matters is Cheddar cheese, mixed with mustard, Worcestershire sauce, a whole egg and a drop of beer. Fortnum’s use Guinness, although any stout or bitter will do fine. This is then slathered over good toast, grilled until bubbling and finished with half a grilled tomato and a shake of Worcestershire sauce. One customer is so enamoured by the dish that whenever he flies in from Santa Barbara, California, he dumps his bags at the Stafford Hotel and rushes over the road for rarebit. Without even checking in. Done well, this dish inspires that sort of devotion.—Tom Parker BowlesReprinted with permission from The Cookbook: Fortnum & Mason by Tom Parker Bowles. Slideshow: More Appetizer Recipes

FOR THE RAREBIT MIX: 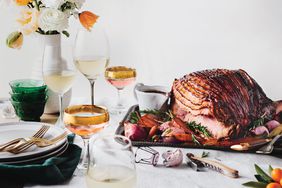 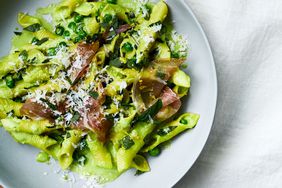