Jeff Smith loves cooking with his children and often lets them pick the ingredients. "Kids come up with cool flavor combinations that an adult would never think of," he says. "I learn a lot that way." This risotto was created when Smith's daughter, Isabelle, tossed some Laughing Cow cheese into a pot of risotto. "It adds a lot of richness without making the dish taste too sharp," Smith says. The cup of Budweiser beer is his own addition, a last-minute fix on a night he found himself without white wine in the house. "I ended up preferring it to wine in this dish," he says. More Risotto Recipes

A California rosé sparkling wine is ideal for this creamy risotto. 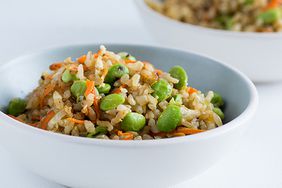 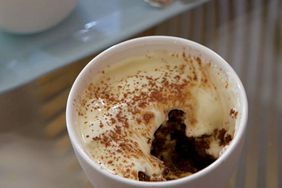 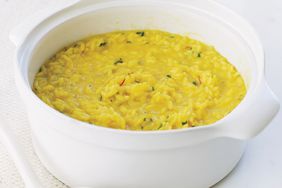 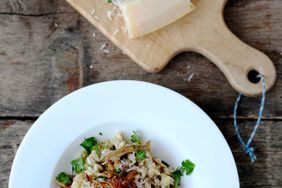 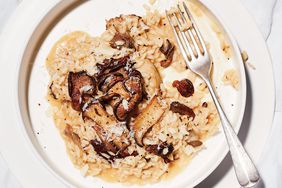 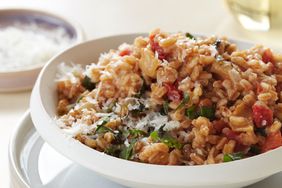 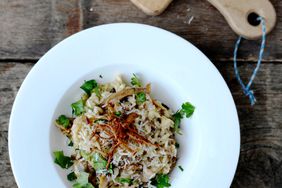 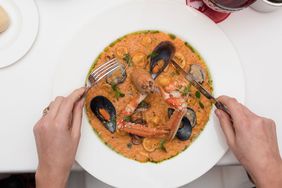