This luscious side dish can be prepared up to three days ahead. The duo of sweet parsnip and creamy spinach is unbeatable.Plus: Ultimate Thanksgiving Guide Delicious, Quick Side Dishes

The creamed vegetables can be refrigerated for up to 3 days and rewarmed over low heat. Stir in a little stock if the cream sauce is too thick. 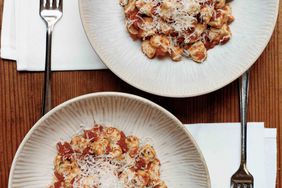