In ancient Japan, farmers often used a plow (suki) for grilling (yaki) meat. Thus, sukiyaki was born. In her riff on that dish, Hiroko Shimbo sears thinly sliced beef in a wok until it's tender, then mixes it with onions, mushrooms, tofu, watercress and fettuccine. Affordable Meat Recipes

Medium-bodied red, such as a Shiraz from Australia. 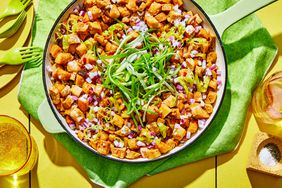 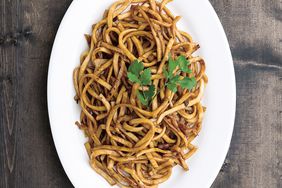 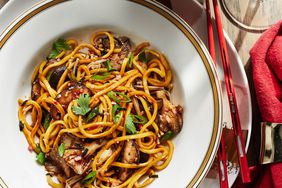