The founders of Dō cookie dough shop and Salt & Straw both made the list, as did a chef from The Dutch.

Zagat has released its first-ever 30 under 30 list of "culinary industry superstars." For six years, Zagat has run a 30 under 30 program, honoring industry leaders, from chefs to sommeliers and restaurant owners, in city-specific lists, from Dallas to Boston to Seattle. This is the first time that the restaurant guide has picked the top 30 honorees that make up a comprehensive national list.

Zagat began searching for honorees back in January when it asked Zagat users to nominate their favorite figures in the industry. From there, Zagat editorial experts narrowed down the list to 60 semifinalists in March, then a list of 45 finalists in June, until they revealed the top 30 picks today.

The list includes trend setters here in New York City, like Kristen Tomlan, the founder and CEO of Dō, the edible cookie dough shop in Greenwich Village, and up-and-coming standouts Malik Ali, the sous chef at The Ugly Duckling. And the list doesn't limit itself to big city institutions either: Tyler Malek, the head ice cream maker at Salt & Straw, which is based in Portland but now sold at popular lunch spots like Danny Meyer's Daily Provisions, is featured here, too. Malek's creations include smoked-ham soft serve and ancho chile ice cream-filled Choco Tacos. Carlie Steiner, the co-owner of the sushi restaurant Himitsu, whose chef, Kevin Tien, was a semi-finalist for a James Beard rising star award this year, also made the list.

Zagat certainly doesn't neglect the dessert equation of fine-dining: The founder of Mr. Holmes Bakehouse, Aaron Caddel, is among the honorees, as are two other pastry chefs. On the beverage side of the industry, Hannah Grossman, the sommelier at Monteverde Restaurant & Pastificio, a 2016 Food & Wine Restaurant of the Year, also made the list, and the beverage director at Staplehouse, another semi-finalist for a James Beard award this year, Melissa Davis, were both featured. 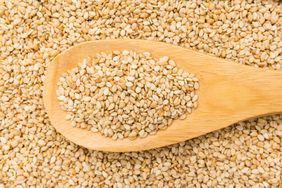