Think of the worst date you've ever had. These are probably worse.

On most first dates, there's a third, innocent party who is roped into the ordeal, just by virtue of being there. For restaurant servers, witnessing romances blossom or crash is a regular part of the job. Sometimes, it's a little excruciating.

Current and former waiters took to Reddit to share their stories of the cringiest, messiest, most awkward worst dates they've had the great misfortune of witnessing, and it may make you want to stay home and order takeout for the rest of your life.

1. "I guess these kids probably met on Tinder or something because after the guy started going off about his political views, the girl was SUPER not into it. She asked me to close her out while he was in the bathroom so she could slink out. Not sure what they were talking about, but the date lasted about 15 minutes."

2. "I was waiting tables at a fairly high-end place. My recently divorced brother's ex-wife came in with her new 'rich lawyer boyfriend; she knew I worked there. At the end of the date, the guy's credit card was declined, and she had to pick up the tab."

3. "There was a whole week that a man came in and got a table for two then waited hours before getting up and leaving. By about day five she finally showed up, ordered a shake and left."

4. "This kid, maybe 17 or 18, took a girl to a Waffle House and nonstop talked about cars the entire time. The boredom on her face was palpable."

5. "Once this guy was complaining that his date had taken too long to get ready. She had clearly put a lot of effort into her appearance. He asked me, 'Like, how long do you think a person should take to get ready? How long do YOU take to get ready?' It was so awkward. I don't even think I was their server; he'd just roped me in."

6. "Dinner arrives, and she takes one bite and starts screaming at him about how shitty this date was and how she doesn't even like Mexican food. To top this off, she takes a bite of her meal, SPITS IT OUT AT HIM and then storms out of the restaurant. The place went silent; literally everyone was watching this."

7. "The man seems initially delighted with her. I take their order and she orders the fettuccine alfredo. I bring their orders out, and as is custom at our restaurant, I ask the lady if she would like some fresh-grated Parmesan on her pasta. She goes, 'Oh yeah. I looooove cheese! Your arm is going to get tired, I'm warning you!' Her date smiles at her, clearly thinking she's adorable. Now I've heard this and dealt with this before. I have grated a lot of cheese in my serving career. It's never been a problem, and I almost never judge someones cheese preference, being a dairy lover myself.

I will never forget this lady. I have never grated that much cheese before or since. It starts off normal, and her date is still smiling at her. The pile begins to grow and he chuckles, clearly thinking this is some cute quirk. But she doesn't tell me to stop. You can no longer see any pasta on this dish, and our dinner pasta portions are very large. I can see on his face that his initial delight with her is slowly morphing into surprise. The smile is growing smaller and tighter and the eyebrows are going higher.

And still she doesn't tell me to stop. She's clearly thrilled and obviously wants MORE cheese grated on this thing. For the first time my arms and wrists start to hurt. Now there is no where left for the cheese to go but UP. A small humped mountain of Parmesan is growing on this woman's plate. Finally, after what seems like an eternity, she says, 'OK! That looks great!'

I had to get a fresh block because it was worn to the nub. My wrists hurt like hell. A first for cheese grating in eight years. This dish looks absolutely gross. I look over at the guy's face, and it has now morphed again from surprise to pure disgust and embarrassment."

8. "The girl got very, very red in the face and then just stood straight up and coughed. A big chunk of meat flew out of her mouth and landed on the guys forehead. I mean, you couldn’t get it more square above the eyes. Then she passed out and fell to the floor. They called 911 and the fire department came and made sure she was alright. While the FD guys were talking to her, the guy got mad and left her there. He just jetted."

9. "When I was a waitress years ago, I waited on a table that was a very obvious, awkward first date. They barely spoke the entire time, and I got called over because the guy accidentally knocked over his water glass and spilled it all over the table and all over his date's lap. When I gave them the bill, he gave me his credit card, which got declined so she had to pay. Felt so bad for the kid."

10. "I once saw a regular meet his first ever same-sex date. This guy was in his 40s and had recently come out, but we all were rooting for him. It turns out, the guy he'd asked out was the only other gay guy he remembered from high school. Cute that he looked the guy up, right? Well, it turns out the other guy was only so memorable because he had spent the last 20 or so years in prison for murdering his high school bully. The date seemed to go well, actually."

11. "They walked into the Country Buffet that I worked at in high school on a Tuesday night. He was trying to pull off the classic '80s bad boy thing. Leather jacket, smoking (you could still smoke in most resturants back then), and insisting on making her do everything he wanted. Told her want to eat, what not to eat becuase it would give her gas. Wouldn't let her talk. Wouldn't let her get up from the table without him. If he left, he had her come too. Except for when he went to the restroom. She handed the waiter a five and asked if she could use the phone to call for a ride. She went across the street and waited while the guy pitched a fit."

12. "In summary, the guy tried to book fifteen more dates (literally, he wanted every Saturday until her booked vacation) and the girl said, 'We'll see.' My understanding of 'we'll see' is a no in this case, but who knows. He proceed to interrogate the girl in the most awkward way, like he wanted to get to the bottom of it."

13. "He put a five dollar tip in one hand and a twenty in the other and, though I first resisted, he insisted that I choose a hand for my tip. It was uncomfortable for me and the girl. When I got the 5, I really expected him to say that he was kidding and give me the 20 ... but he didn't. It was so rude."

14. "I was working at an Applebees, and this guy was waiting for his date and kept asking for ice. The date never came."

15. "The couple I was waiting on was arguing quite a bit, and I was avoiding their table as much as possible. The woman gets up to go to the bathroom, and I decide to take the opportunity to go check on their drinks. While I’m refilling the man’s water he goes, 'When the food is ready, will you put mine in a to-go box and bring me my check?' When their food was finally ready, I did exactly what he asked and awkwardly brought him his boxed up food, his check and her plated food. She just looked at my hands, looked at him and said, 'Are you serious?' I couldn’t run away any faster.

All posts have been edited for length and clarity. 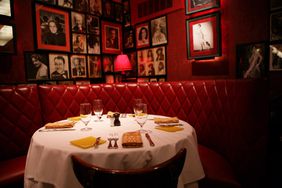 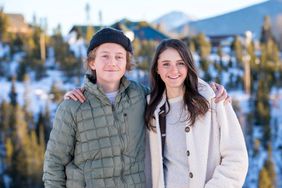 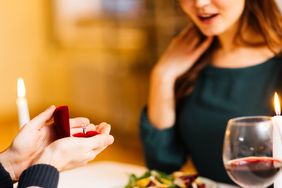 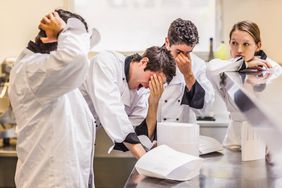