The World's Best Bar Is in New York

Last night at Camden's Roundhouse in London, the annual list of the World's 50 Best Bars was announced—and this year, New York's Dante took home the grand prize. The Greenwich Village aperitivo bar and restaurant, which is famous for its extensive Negroni menu (and pop-up Negroni fountain), was ranked in 9th place on last year's list, and also won "World's Best Bar" and "Best American Restaurant Bar" at Tales of the Cocktail in New Orleans earlier this year. Much of the top ten includes other familiar names that have previously been awarded. London's American Bar, which won the number two spot in last year's roundup, has remained in the top five, while The Nomad in New York and Connaught Bar in London also remain in top spots; the Clumsies in Athens jumped from the seventh spot to the sixth.

New York's Attaboy joined the top ten in seventh place, while Florería Atlántico in Buenos Aires rose from 14th place to third, a significant jump. The rest of the top tier rounds out with Atlas (Singapore) in eighth place, The Old Man in Hong Kong taking home ninth, and Mexico City's Licorería Limantour squeaking in at number 10. Overall, New York, London, and Singapore claimed the bulk of the awards—check out the full list of winners below. 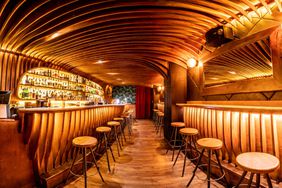 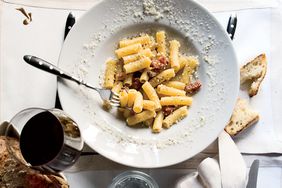 This Is the Top Food Destination in the World, According to Tripadvisor 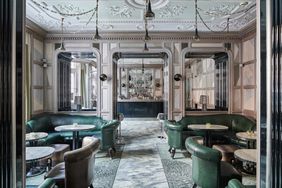