Team members of José Andrés' non-profit landed in Australia over the weekend to assess needs on the ground.

As catastrophic bushfires burn in Australia, World Central Kitchen—the non-profit founded by chef and humanitarian José Andrés—has officially touched down to assess needs and prepare meals for those affected.

Over the weekend, team members posted a video update from Los Angeles while they waited for their flight, explaining how they’d been monitoring the situation for a month and the fires had recently intensified over the past few days. They’d heard reports of towns being cut off with no food, power, or water; they currently have their focus “firmly set on the New South Wales Coastal area.”

"It’s time to go down and get some boots on the ground and be able to speak to people face to face and see where we might be able to support them,” Zomi said in the clip.

“120F degrees in some areas...fires have burned 12 million acres….,” Andrés tweeted. “We @WCKitchen will do whatever we can to support affected residents & the firefighters on the front lines of this war with our changing climate…”

According to CNN, more than 14.7 million acres total have been burned across the six Australian states—New South Wales, Victoria, Queensland, South Australia, Western Australia, and Tasmania—as of Monday, and 24 people have died nationwide this fire season. New South Wales was hit particularly hard. More than 1,300 houses have been destroyed and 8.9 million acres burned; a professor from the University of Sydney estimates that 480 million animals have died as well.

On January 5, Zomi posted an update from just outside of Queanbeyan in New South Wales, where she said they were visiting evacuation centers and affected communities—in the background, you can see a thick layer of fire smog. The tweet text went on to explain that World Central Kitchen is partnering with local chefs and organizations like OzHarvest, a food rescue organization, to start preparing meals for delivery. Meal preparation officially began on January 6, according to a World Central Kitchen representative.

“There’s been around 400 fires that have been burning in the state of New South Wales alone,” Zomi said, “which for scale is slightly larger than the state of Texas. There’s some risk that some of these fires may join up and create mega fires, and it’s been a really nerve-wracking time for a lot of families and communities, so we will keep updating you as we cover a lot of miles.”

A separate video update explained how grassroots community efforts had set up a relief center at Queanbeyan Showground, where, as of Sunday, they had seen 200 people over three days and expect many more to come through.

World Central Kitchen is still posting updates from the Bahamas, too, where they’ve been on the ground since September supporting residents in the aftermath of Hurricane Dorian—on November 21, the organization announced it had served 2 million meals in the country.

Update 1/6/20: This article has been updated to reflect more information and clarifications from World Central Kitchen. 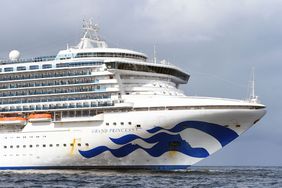 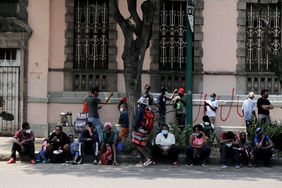 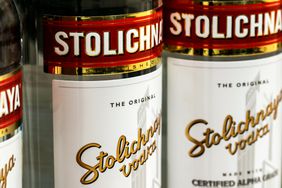