It's under the "sides of sauce" menu.

If you look at the online menu for ZaRonis, a pizza restaurant in Oshkosh, Wisconsin, everything looks pretty standard. You can build your own pie with a variety of crust options, order more than a dozen different kinds of macaroni and cheese, or combine the two into its namesake invention, the "ZaRoni."

But if you scan the list of available sides, reading past the ricotta cheese and garlic butter you'll see an option for… toilet paper? It's not a typo: ZaRonis is currently selling four-packs of toilet paper for $3.25, in an attempt to compensate for the coronavirus panic buying that has turned a bathroom basic into a nearly impossible-to-find item.

"Yep....ZaRonis has toilet paper," the restaurant posted on Facebook. "You can order it for delivery as well. You will find it online under 'sides of sauce.' Please, only 4 per household....because that's enough to get you through until the stores restock."

ZaRonis is limiting each customer to one order of four rolls. "I get it if you need to stock up to last you a few weeks," it commented on the TP post. "But for real, how many rolls do you use in three weeks?" ZaRonis boss Josh Demel told Fox News that the first customer who came into the restaurant on Friday tried to buy a case of toilet paper—demonstrating the kind of behavior that prompted them to start selling reasonable amounts to reasonable customers in the first place.

On Sunday night, ZaRonis announced that the restaurant would be closing its dining room, and accepting delivery and carry-out orders only, starting Monday. "The reason we're doing this is because [...] we're a popular place, and a lot of people come here. Thank you for that, I really appreciate that," Demel said in a Facebook video.

"But it's a lot more than that. I have to do my part to look after the community [...] It's not an easy choice to make. We should be able to get through this together as a community." (He also said that they have recently received a donation of 7,000 graphic novels that will be going out with its pizza orders—at no additional charge—so its customers will be entertained and well-fed. A win-win, if there ever was one.)

In addition to selling toilet paper—while ZaRonis' own supplies last—the restaurant is also supporting a drive-thru at a local senior center, which will allow elderly Oshkosh locals to collect supplies and necessities without having to get out of their cars.

A local business taking the health of its workers and its customers into consideration, while trying to do what it can for the vulnerable members of its community during this ongoing crisis—dang, can we order seconds of that? 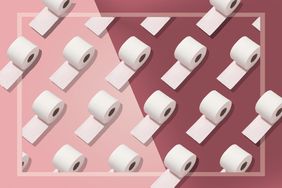