The proceeds will be used to help fund future experiments on the International Space Station.

According to NASA, just 244 people have been aboard the International Space Station (ISS)—quite a rare feat. But for wine enthusiasts, these bottles are even rarer: Back in January, a mere 12 bottles of Petrus 2000 returned to Earth after spending over a year aging on the ISS. The primary reason for their journey was science, but now one of these wines will also be involved in an economics experiment. The typically $6,500 bottle will be auctioned off by Christie's—and it's expected to fetch as much as $1 million.

Whoever shells out the big bucks for this 14-month space-aged bottle will receive more than just a unique nice wine: The space Petrus is being sold alongside a terrestrial bottle from the same vintage, all packaged in a custom-made trunk courtesy of the Parisian Maison d'Arts Les Ateliers Victor, along with a decanter, glasses, and a corkscrew made from a meteorite. 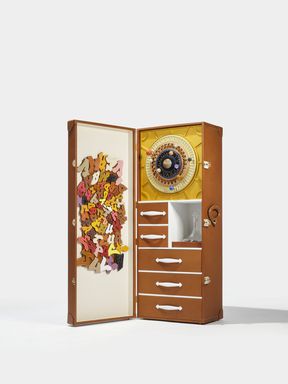 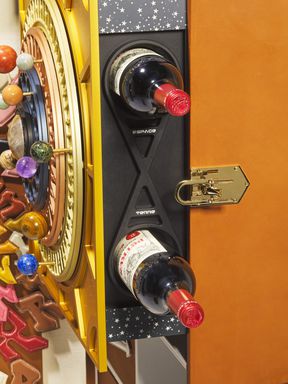 And the funds raised are said to being going to a good cause: The dozen bottles were sent into space by the startup Space Cargo Unlimited, and this sale will help fund future projects. "We are thrilled to partner with Christie's and propose a unique artefact of spatial research," Space Cargo Unlimited's co-founder and CEO Nicolas Gaume said in announcing the sale. "After spending almost 440 days in space, or the equivalent of 300 trips to the moon, legendary Bordeaux wine Petrus comes back having been transformed in a way which is, literally, out of this world. The proceeds of the sale will allow us to continue Mission WISE, six experiments in space to help invent the agriculture and food we need for tomorrow on Earth. It is our conviction that there is no Planet B and we intend to pave the way for our future by leveraging microgravity and enticing accelerated natural evolutions in a spatial environment."

As for how precisely the wine transformed, in March, a panel of 12 wine professionals and scientists compared the space-aged version alongside its earthbound brother, and, according to Christie's, these experts noted "remarkable differences in the color, aroma and taste."

"This bottle of Petrus 2000 marks a momentous step in the pursuit of developing and gaining a greater understanding of the maturation of wine," Tim Triptree, international director for Christie's Wine & Spirits Department, added. "Christie's is delighted to bring this first of its kind bottle to the market and to support Space Cargo Unlimited to continue their research into the future of agricultural practices."

The bottle is currently available for purchase via Christie's Private Sales. And since the trunk comes with two bottles, whoever buys it will have the chance to taste the difference between space wine and Earth wine themselves… that is, assuming they think that experience is worth a million bucks.