This Is Why Thieves Are Stealing Cooking Oil

It's worth more than you'd think.

According to a report by Bloomberg, the theft of used vegetable oil is up across the United States. But why would thieves want the stuff fast food chains and burger joints have used to deep fry your favorite chicken nuggets, hot wings, or French fries? Because that old oil is worth big bucks. (Who knew?) In fact, some $75 million worth of used grease is stolen each year.

According to the wire service, grease thieves can build a small fortune selling used oil on the black market, where demand for grease has increased as the country clamors for more renewable fuels, such as biodiesel. Bloomberg reports that 1.4 billion pounds of old oil was turned into biodiesel last year alone. Of course, not all of that was stolen—but a lot was.

Thieves can turn a pretty penny for the grease they illegally siphon: as of this week, the old oil is worth 25 cents a pound, Bloomberg reports.

"It's like crack money," Sumit Majumdar, president of Buffalo Biodiesel Inc., a Tonawanda, New York-based collector, told the wire. "There's an actual market for stolen oil. It's almost like a pawn shop or scrap-metal business."

On March 2, Knoxville, Tennessee police arrested two men who were spotted using hoses to steal about 2,200 pounds of oil—worth about $600—from a Wingstop Inc. restaurant. It was the 45th used-oil theft reported in the preceding weeks, Bloomberg reports.

In fact, Majumdar told the news wire that he's had to replace some 1,000 locks on barrels of used grease because of thefts, which cost his company about 20 percent of his business.

Typically, restaurants will contract with companies like Majumdar's to haul the old oil to refineries. (Most restaurants get a cut of the oil sales in return.) Many companies, such as Majumdar's, are left to post their own rewards for the capture of stolen oil, because these thefts can be hard to catch—and they're not always a top priority for police, the wire says.

And this issue doesn't show any sign of resolving. Bloomberg predicts that the summer could mark an even bigger increase for used oil theft. 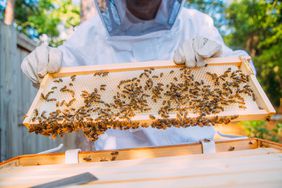 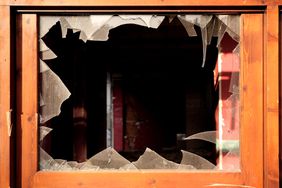