Study Explains Why We Eat the Same Breakfast All The Time

Is your morning meal more "utilitarian" or "hedonic?"

If you're anything like me, then you probably eat the exact same thing for breakfast every morning. (And if you're anything like me, you haven't started your holiday shopping and you also have a mountain of laundry to deal with.) Anyway, it turns out that most of us tend to select the same breakfast options several times a week, and a recent study has attempted to explain why.

In the paper, which was published in the journal Appetite, Dr. Romain Cadario of Erasmus University Rotterdam and Dr. Carey Morewedge of the Questrom School of Business at Boston University, read through weeklong food diaries that were kept by 1,275 people who lived in the United States and 2,624 people who lived in France. After calculating all of that info, they discovered that 68 percent of respondents ate the same breakfast foods at least twice in the same week, although they only repeated the same meal for dinner nine percent of the time. (The French were slightly more likely to have reruns for breakfast, while Americans were slightly more likely to repeat their dinner choices.)

So what gives? In a piece he wrote for Time, Morewedge said that it's probably due to a combination of biological and psychological factors. He explains that because humans are "most energized in the morning," we may make less exciting meal choices in the a.m. hours so we don't feel totally overstimulated. The fact that we're also rushing around in the mornings, whether to get out the door for work, get our kids to school, or both, means that we could simply fall into the habit of eating "efficient" foods.

All of those food diaries revealed that we tend to "[pursue] utilitarian goals" at breakfast, while we're more likely to have more pleasurable meals at lunch or dinner. The exceptions to that rule were the weekends, which makes sense: many of us have more time to prepare and enjoy our breakfasts on Saturdays or Sundays than we do, say, in the middle of the week.

Cadario and Morewedge also noted that breakfast foods tend to be marketed with, well, pretty boring words. They examined the product listings for 3,000 items that were available on Amazon, and discovered that foods that would typically be eaten for lunch or dinner were much more likely to be described with "pleasure-related words" like tasty, savory, or delicious than breakfast items were.

But, the authors suggest, if we're willing to repeat the same breakfast foods every day, it might be to our benefit if we make those meals as healthy as possible. "If we find a breakfast that's rewarding and repeat it a few times, eating that combination of food becomes a habit that allows us to eat an efficient meal," Morewedge writes. "Because it's habitual, we may stick with our breakfast even long after we've tired of it."

That all makes sense — now if only they had some suggestions for dealing with my laundry. 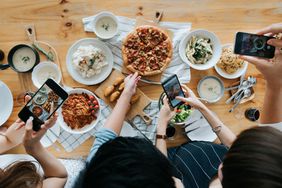 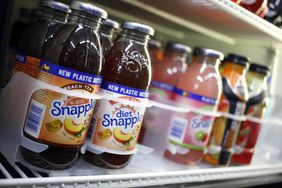 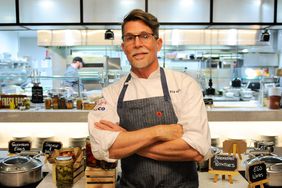 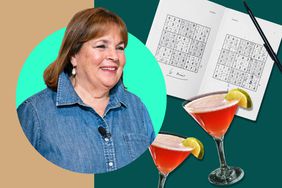 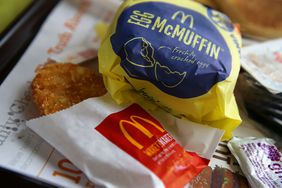 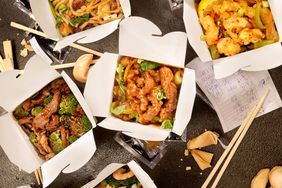