Sometimes celebrity isn't all it's cracked up to be. Just ask Taco Bell's Mexican Pizza. Back in September 2020, the iconic item seemed washed up, with the chain announcing plans to pull their spin on a pizza off the menu by November. But a groundswell of support emerged, from a grassroots petition campaign to big-name backings from the likes of Doja Cat and Dolly Parton. And so, in April of this year, Taco Bell announced the Mexican Pizza would be returning in May with plans to give the item its own musical.

But how quickly things can change: The initial return of the Mexican Pizza was so popular that the item began selling out across the country, the musical was postponed, and Mexican Pizzas were once again pulled from the Taco Bell menu, like so many Nacho Fries, with a promise to return later this year.

Okay, well, it's later this year, so what exactly is going on with the Mexican Pizza? Financial outlet Fortune says they've gotten the scoop after talking to none other than Taco Bell CEO Mark King. "It's going to be relaunched mid-September and it's going to be a permanent item," King was quoted as saying. "I had more feedback — hate mail! — over the removal of Mexican pizza [than any other time]."

An email from Taco Bell confirmed the official return date for the Mexican Pizza would be September 15.

King also revealed some other interesting tidbits. He reportedly said sales of the Mexican Pizza upon its return were seven-times higher than before its removal which is why what was anticipated as a six-month run became a two-month sellout. "What we learned is that one of the keys to our magic is that people really love individual items," the CEO stated.

And that led to a potentially even more intriguing statement. "So now for us it's, 'What other magical items have we removed that we can relaunch in a big way to capture people's interest or imagination?'" King continued. He then gave an example: "My generation loved the Bell Beefer."

Still, don't expect Taco Bell's take on a hamburger to come back anytime soon. King said that when he suggested that could be the chain's next big returning item, he was "booed out of the room."

Hey, this revival approach seems like it has Choco Taco written all over it. 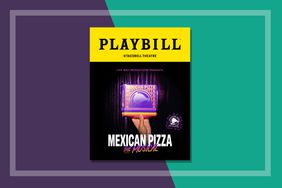 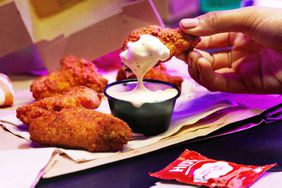