History of the Caesar Salad

To the untrained eye, Caesar Salad looks simple—little more than lettuce, cheese and croutons. But the delightful tossing of romaine, fresh Parmesan cheese, lemon juice, egg, garlic, Worcestershire sauce and, often, anchovies is much more complicated than that. And the story behind the salad’s creation is a perfect example of how the intermingling of regional cooking can produce culinary magic. There are several legends about how the Caesar Salad was invented, but nearly all of them revolve around Caesar Cardini - a French-inspired Italian chef who immigrated to America before moving to Mexico to escape prohibition.

In 1896 Caesar Cardini was born near northern Italy’s Lake Maggiore. But other than that little is known about his early life until he moved to North America in the 1910s. A December 1919 ad in the Sacramento Union promoting the grand opening of “Brown’s Restaurant,” a joint venture from a Wm. Brown and Caesar Cardini, indicates he likely landed in northern California, (the ad also notes that they worked together at San Francisco's Palace Hotel, which still stands today). A few years later, Cardini made his way south to San Diego, where he operated a French restaurant in a building that's still standing on University Avenue. But in 1920, congress enacted prohibition across the United States. And while Cardini kept his business open in San Diego, he launched a second restaurant across the border in Tijuana where he could serve alcohol.

Throughout prohibition, Tijuana was the place for Southern California elites to go for a drink. The Los Angeles Times called Tijuana “the city that was Vegas before Vegas was Vegas.” Douglas Fairbanks, Jean Harlin and Charlie Chaplin were just a few of the stars known to frequent the Mexican border town for a little drinking and gambling. It was in this atmosphere that Caesar Cardini opened his restaurant along the then-hopping Main Street, today called Avenida Revolución.

Caesar's daughter Rose Cardini claimed July 4th, 1924 was the exact day that her father created the Caesar Salad. Overrun by Americans and running short of supplies in the kitchen, her father threw together what was left: Stalks of lettuce, olive oil, raw egg, croutons, parmesan cheese and Worcestershire sauce. Originally intended as a finger food rather than a salad and prepared tableside for flair, it was a hit.

Now, there are several disagreements on the story itself with some saying it wasn’t Caesar who invented the salad at all. One states that it was Caesar’s brother Alessandro (or “Alex”) who created it. The story goes that Alex, an Italian air pilot during World War I had come to Tijuana to help his brother with the restaurant. One night, a group of American airmen from Rockwell Field Air Base in San Diego were partying at Caesar's. As a fellow pilot, Alex wanted to treat them right, so he put together a finger food from the best ingredients he could find in the kitchen. Using many of the same things in Caesar’s salad, but also adding anchovies, Alex named it “Aviator’s Salad” in honor of those he had made it for. After Alex left to open his own restaurants in Mexico City, Caesar slapped his name on the popular salad, forever erasing his brother’s contributions. Yet, another story states that it wasn’t a Cardini at all who invented the salad, but an employee at Caesar's restaurant named Livio Santini. Also an Italian immigrant, Santini said it was his mother’s recipe. The salad became so popular that Caesar Cardini claimed the recipe as his own.

Whatever the exact origin story, the salad gained popularity at Caesar’s Tijuana establishment and became a tourist attraction on its very own. In her book From Julia Child’s Kitchen, famed chef Julia Child wrote about her family’s highly anticipated lunch at Caesar’s restaurant in the mid-1920s, “Caesar himself rolled the big cart up to the table, tossed the romaine in a great wooden bowl and I wish I could say I remembered his every move, but I don't... It was a sensation of a salad from coast to coast, and there were even rumblings of its success in Europe.” It became so popular - and so copied - that in 1948 Caesar had to patent his recipe. In 1953, Paris’s International Society of Epicure named the Caesar Salad the greatest recipe to originate in the Americas in the last half century.

Caesar Salad may be served everywhere today, but only one place features the original—Caesar’s Restaurant in Tijuana. 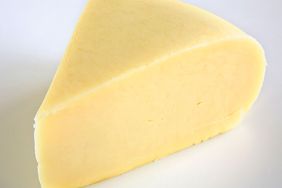