"It's hard to explain the lure of writing recipes," writes London chef Sybil Kapoor in the second issue of At the Table, a yearly periodical on British food culture. "There is just something very satisfying about capturing an emotion through food."

Miranda York, the editor of At The Table, believes that emotions and food are inseparable, as do the writers, illustrators, poets, and chefs whose art fills her pages. In addition to publishing the yearly issue—which can only be categorized as part-coffee-table-book, part-magazine—she organizes readings, performances, and dinners that gather some of the city's most compelling voices in British food. I meet York, 31, and writer Anna Sulan Masing, 36, both of whom host the popular "Voices At The Table" series, for coffee and babka at the Good Egg in Soho. Revitalizing the salon form, the women showcase British food culture — its complexities, its multiplicities, its tensions — in ways that no one else currently is.

"People are rediscovering some of the traditional food culture that we've sort of lost," says York, citing the resurgence of weird offal, shrubs, and classic British pastry. "In Europe theres a bit of snobbishness about things like British cheese. But we have a cheese tradition that goes back so many years!"

Each event is different (some are with communal tables, some are with stages) but all fixate on food as metaphor. Many collabroate with London chefs, bringing them in to read writing (even if they don't self-identify as writers), cook food, or even act out podcasts they found to be funny.

"We love to get the kind of people you wouldn't expect," says Masing. "[Chef] Andrew Wong and his really good friend Mukta Das, who is an academic, read in tandem this ancient Chinese recipe book. He would read the ingredients; she would read the instructions. He came after service in his chef whites. No one ever really sees a chef talking unless they're in that sort of circuit."

The "Voices" series, York says, is a bit inspired by At The Table, which she founded in 2013 after noticing that nobody was really talking about British food culture. "We were lamenting the demise of long form food journalism – those lovely, in-depth stories," she says. "We commission pieces for the events – new voices, up-and-coming voices. We really want to support those people in addition to those obvious names."

And the stories York is most interested in center around the memories, good and bad, that food evokes. Her hope is to shine lights on all of the U.K. – including Manchester, York, and the countryside – and not just London, which "is now really on the map" as a food destination, she says. One story in the 2017 issue, called "Indescribables," is about the unique type of Pakora you find in Glasgow, a fritter that emphasizes its filling more than the more batter-forward balls you might find on London's Brick Lane.

"Pakoras are my madeleines," Audrey Gillan writes. "Give me a good one, 'jaggy' with protruding curls of onion, peppered with whole cumin and coriander seeds, and I'm three years old again, beside my young parents, who've taken me to a fancy restaurant called The Shenaz ... I eat it all, but it is pakora that steals my heart. Glasgow pakora. A very different kind of pakora."

"Voices At The Table" has been immensely popular. The last event, of four in 2017, sold out 80 tickets in under an hour. The upcoming event on April 25, which will take places at Second Home in Spitalfields, is already sold out. (In addition to a robust line-up of performances and readings, there will be Brazilian pão de queijo from Dona Rita, bites from pastry chef Henrietta Inman, and ice cream sandwiches from Happy Endings. )

Both York and Masing have their hands in a seemingly improbable number of projects. Masing founded The TMRW Project with Duck and Waffle chef Dan Dockerty, which offers four young chefs a year the opportunity to work with Dockerty at his restaurants as well as continued mentorship. The program has talks, too – just five pounds a ticket, so it's accessible to everyone. They do a talk on women and hospitality every year. In the second week of October, they send front-of-house staff from all over the country to other restaurants to work for a week.

Masing is delighted that U.K. food culture seems to have been revitalized in the past five years, though both she and York worry about the influence of Brexit on the hospitality industry.

"The perception globally of Britain is not welcoming, so why would you come here in the first place? So that's a whole lot of talented staff that just won't come," Masing says. "It's a much more racist country than it was two years ago ... Even that idea of the administration to get here doesn't feel welcoming."

For now, the two women will focus on the work they are doing to elevate marginalized voices and tell the stories that aren't being told. "We're not just thinking of food as joyous—we're looking at the dark side of food as well," York says.

If you aren't in London, or are too slow to nab a ticket to "Voices At The Table," you can stay tuned for their forthcoming podcast, which will chronicle all of their events, with the production company Rough Cut. 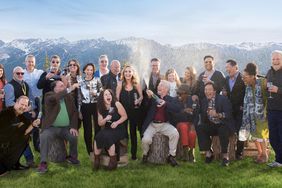 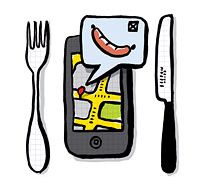