The United Nations' Intergovernmental Panel on Climate Change predicts what will happen to farming, fishing, and livestock with slight increases in global temperatures.

On Monday, the United Nations' Intergovernmental Panel on Climate Change (IPCC) released its Sixth Assessment Report, a comprehensive report on climate change and the grim possibilities for the planet if the global temperatures continue to increase at their current rate. More than 230 scientists from around the world worked on the 3,000-page report, and it makes for sobering (if not flat-out terrifying) reading.

The scientists' predictions were described as "a code red for humanity" by UN Secretary-General António Guterres. "The alarm bells are deafening, and the evidence is irrefutable: greenhouse gas emissions from fossil fuel burning and deforestation are choking our planet and putting billions of people at immediate risk," Guterres said in a statement.

The authors outlined five potential scenarios for the planet, based on how drastically carbon emissions are cut, and how rapidly the global temperatures increase. The goal is to keep global warming below a 1.5 degrees Celsius (2.7 degrees Fahrenheit) increase compared to the late 19th century, and the consequences were outlined for this temperature range, and it also described what could happen if the earth's temperature increases by 2 degrees Celsius. (Spoiler Alert: It's... not great!)

In addition to more frequent heatwaves and droughts, devastating severe weather events, rising sea levels, and more acidic oceans, the report also predicts how the rising temperatures could affect the food supply and, again, it's not great. For starters, 6 percent of insects, 8 percent of plants, and 4 percent of vertebrates are projected to lose over half of their "climatically determined geographic range" if the temperature increases 1.5°C, which could affect the overall ecosystem and accelerate the spread of invasive species. (And those percentages double with a temperature increase of 2°C.)

Global warming could also have a dramatic effect on marine species: a 1.5°C temperature increase is "projected to shift the ranges of many marine species to higher latitude," in addition to damaging marine ecosystems, and "[reducing] the productivity of fisheries and aquaculture." At increases of 2°C or more, we could see "irreversible loss of many marine and coastal ecosystems."

Global warming also causes the oceans to become more acidic which will "[impact] the development, calcification, survival, and abundance" of species ranging from algae to fish. (One model suggested that global warming of 1.5°C could cause the annual catch from marine fisheries worldwide to fall by 1.5 million tons, while an increase of 2°C could cause them to lose more than 3 million tons of fish every year.)

Global warming of 1.5°C and above could also further increase the levels of economic inequality, putting indigenous peoples, and "local communities dependent on agricultural or coastal livelihood" at greater risk of falling into poverty. Other geographic areas that could be disproportionately affected are "Arctic ecosystems, dryland regions, small island developing states, and Least Developed Countries." Livestock "are projected to be" affected by temperature increases, due to changes to the quality of their food, decreased water availability, and the spread of disease. The report also projected smaller crops of "maize, rice, wheat, and potentially other cereal crops."

"This report must sound a death knell for coal and fossil fuels, before they destroy our planet," Guterres said. "If we combine forces now, we can avert climate catastrophe. But, as [Monday's] report makes clear, there is no time for delay and no room for excuses." 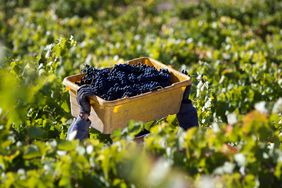 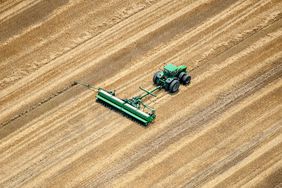 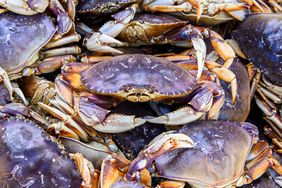 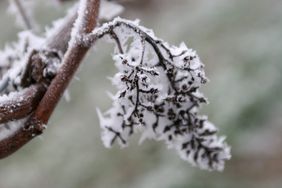 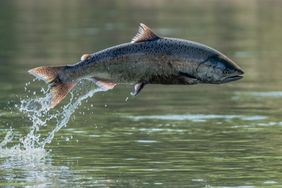 Young Salmon Are Traveling by Truck Instead of Swimming, Due to Deadly Water Temperatures 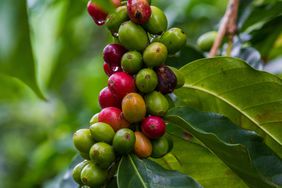 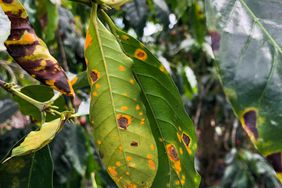