The new cocktail-inspired hard seltzer variety attempts to tap into a Texan tradition.

Over the past few years, as the hard seltzer market has been flooded with a tsunami of alcoholic fizzy water by breweries of all sizes, plenty of brands have struggled to find a foothold. (Even Coors Seltzer couldn't cut it and was axed last year.) But Topo Chico Hard Seltzer — announced in 2020 — has excelled in the segment in large part because the Mexican sparkling water brand already had a diehard fan base.

Now, to kick of 2022, Molson Coors (which partnered with Topo Chico owner Coca Cola to produce the hard seltzer) is tapping into Topo Chico's iconic status once again for a new variety that will be instantly recognizable to Texans: Topo Chico Ranch Water Hard Seltzer.

For the uninitiated, Ranch Water is a simple cocktail — Southern Living calls it a "dressed down margarita" — popular in (and believed to be native to) Texas. The typical ingredients: tequila, lime juice, and Topo Chico. As such, a Ranch Water hard seltzer courtesy of the Topo Chico brand seems like a no-brainer.

"There's no cocktail in Texas more legendary than Ranch Water," explained Matt Escalante, senior director of hard seltzers for Molson Coors. "Given the love Texans have shown for Topo Chico Hard Seltzer, it's only natural for the brand to refresh the taste of the classic Texas drink like only we can."

As a hard seltzer, not a canned cocktail, Topo Chico Ranch Water won't be getting its alcoholic kick from tequila (most hard seltzer is fermented like beer); still, the brand says this Ranch Water-inspired variety hopes to do the cocktail justice, featuring "real lime juice and a refreshing, crisp taste." Each 12-ounce slim can will clock in at 100 calories and 4.7 percent ABV.

Meanwhile, though the rest of the county may not be able to score the Ranch Water variety, Topo Chico Hard Seltzer has also announced that their four-flavor variety packs are finally being distributed to all 50 states. If Ranch Water proves popular, it could certainly follow in those footsteps. 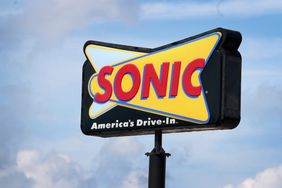 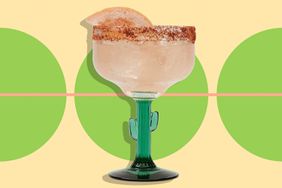