Nini Nguyen, the young chef from Brooklyn with roots in New Orleans, started off quietly and quickly made herself and her cooking known on this season of Top Chef in Kentucky. After winning a challenge in which she combined the flavors of New Orleans crawfish with Kentucky spoonbread and another dessert challenge judged by Eric Ripert, it seemed nothing could slow her down. The streak was short lived however as she was sent home the very next elimination challenge. Nini worked front of the house in Restaurant Wars (read a first-hand account of dining at Restaurant Wars here), trying to wrangle an untrained staff and serve 100 guests in three hours. In the end, a lack of organization in the front of the house "created a snowball effect" according to Tom and was the reason Nini was asked to pack her knives and go (along with Pablo Lamon) in a game-changing double elimination.

We caught up with the chef via email to find out what she's learned from Top Chef and what was on her mind heading into Last Chance Kitchen.

Nini Nguyen: My brother inspired me to compete on Top Chef. A few years back, Top Chef was interested in casting me but my brother was terminally ill with cancer so I did not want to compete and miss out on time I could be spending with him. He made me promise that I would try out again and so here I am.

NN: The biggest lesson I learned is that you should always stay true to yourself, be confident and trust your gut. In my case, that meant embracing my bossy inner Capricorn! Also, this whole experience has made me realize that my cooking style is something sort of unique and that I should keep running with it.

NN: I thought, "I am in over my head!" Everyone is extremely talented in this bunch but I knew I came to compete so I tried to just focus on myself.

NN: I take full responsibility for the things that went wrong in the dining room.

NN: Honestly, it is anyone's game.

NN: I really wished that I could have shown the judges more of my food/cooking style. Hopefully, I will get another opportunity to do so someday.

FW: Were you surprised to be doing Restaurant Wars so early in the season?

NN: I was very surprised.

FW: If you had to do Restaurant Wars over again would you make different dishes or take on a different role instead of front of house?

NN: If I had to do Restaurant Wars over again, I would do everything differently. I would probably take on a different role because I definitely know now that I can not train servers in an hour. I would also make both a sweet and a savory dish.

NN: My strategy for Top Chef in general was to be true to myself, through my cooking and my personality. This competition is very stressful and at that point, I just wanted to survive.

FW: What did you think when you saw who you would be competing against in Last Chance Kitchen?

NN: I already assumed Natalie was going to be there but I was so surprised to see Brother. He has won 10/11 of his Last Chance Kitchens so I knew he would be tough to beat. 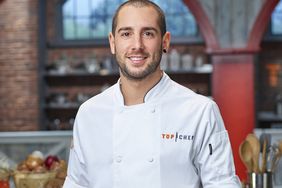 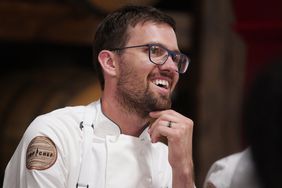 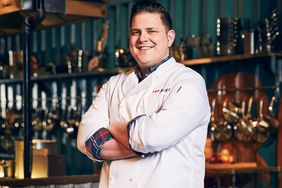 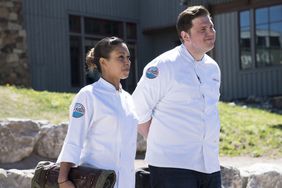