The World's Best Whisky Is Canadian, According to 'Jim Murray's Whisky Bible 2021'

A cask-strength spirit from Alberta came out on top in the annual guidebook.

For 18 years, Jim Murray has penned his annual Whisky Bible to help spirits lovers better understand the oft-overwhelming world of whisky. And for the past four years, American whiskies have landed Murray's coveted top accolade of World Whisky of the Year. But for the newly-released 2021 edition, the honor has migrated back across our northern border to Canada. Meet Murray's current best booze: Alberta Premium Cask Strength Rye.

With a retail price in Canada only slightly north of $40 USD, this "massive" 65.1-percent ABV, cask strength rye is far from the priciest whisky on the market. But according to Murray, it was only a matter of time before the Beam Suntory-owned brand took his top spot. "Since first being let loose in their warehouse way back in the mid-1990s, I regarded Alberta in the top ten distilleries in the world and knew they had the potential of striking pure gold with their whisky," Murray stated. "The fact that they have produced a batch of cask strength rye of a standard even higher than I tasted even then now makes them, for me, among the world's top five distilleries. Such consistency in whisky production is truly astonishing and to experience their rye in its naked form is a whisky wonder of the world. By giving them the Whisky Bible's top accolade, and deservedly so, I get the feeling I'm letting the world into the best-kept whisky secret."

In the Whisky Bible 2021, which was released today, Murray writes that Alberta Premium Cask Strength Rye has a delivery that "should be exhibited at the Museum of Canada because even the smallest mouthful simply ejaculates the most rampant toasty rye notes known to mankind." His vivid description continues, saying that "the sure-footed elegance of the oaky vanillas and the tannin-stained spices" lead to "the most chewable Canadian mouthful possibly ever." The result is "truly world-class whisky from possibly the world's most underrated distillery." He concludes: "How can something be so immense yet equally delicate? For any whisky lover on the planet looking for huge but nearly perfectly balanced experience, then here you go. And with rye at its most rampantly beautiful, this is something to truly worship."

Though Alberta Premium Cask Strength Rye has never scored Murray's top spot before, a Canadian whisky earned the honor as recently as 2015 when Crown Royal Northern Harvest Rye took the "World Whisky of the Year" honor in the 2016 edition. That year, the Whisky Bible reports that police had to be called in Toronto as drinkers and collectors suddenly rushed to grab every last bottle of Northern Harvest available. So much for the stereotype that Canadians are always polite!

The 2021 edition of the Whisky Bible includes tasting notes for about 4,500 whiskies, including "1,252 new drams." With all that drinking, consider the fact that the book isn't riddled with typos a modern miracle! 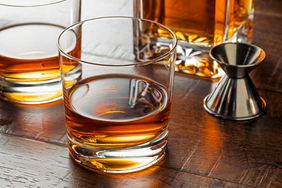 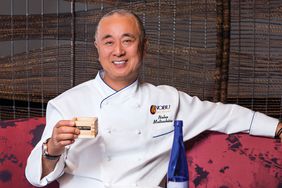