In their spare time, some of California's best winemakers are creating esoteric and amazing wines in minute quantities. The big surprise? They are a great value. F&W's Ray Isle investigates.

Recently, I was at San Francisco's Bar Tartine, a clever, idiosyncratic restaurant in the Mission District. I was ready to leave—in fact, I was going to be late for a flight if I didn't get out of there—but general manager and co-wine-director Vinny Eng was dead-set on having me try a Riesling from California's Central Coast that he was excited about.

It was a classic "You've got to try this" moment. Unfortunately, such moments often end in disappointment: That band your friend keeps raving about leaves you cold. Those farmers' market pickles all your friends are crazy for, they just taste like pickles. And Central Coast Riesling? Generally speaking, not a great idea.

But, since Vinny was clearly going to bar the door with his body if I didn't try the wine, I gave in and tasted it. I was blown away: It was one of the best Rieslings I'd had all year. The label—one I'd never seen before—said it was the 2008 Tatomer Vandenberg Riesling. "Vandenberg? Like the Air Force base?" I asked. "I've never heard of anyone making Riesling there."

"I know," said Vinny, looking extremely pleased with himself.

Several of the best wines I've had from California this year come from producers like Tatomer. Behind the label is often a young winemaker, working in his or her spare time, often in borrowed spaces or industrial-park garages, producing minuscule amounts of sensational wine. These wines don't follow the cult-Cabernet model, in which a superstar consultant makes 200 cases of $250 Napa Cab for well-connected, status-hungry collectors. Instead, these wines are labors of love more closely related to the DIY and locavore food movements than to anything that's gone on in California wine before. They wouldn't be out of place, for example, lined up on a table at San Francisco's Ferry Plaza Farmers Market, among the next-gen purveyors' offerings of organic fresh tofu, raw honey and heritage breed bacon. And a lot of these wines are outrageously good.

In Napa, Steve Matthiasson makes a small amount of a distinctively aromatic white blend under his Matthiasson label (as well as an impressive Cabernet Sauvignon–based red). In Sonoma and Napa, Scott Schultz, a sommelier, uses obscure varieties like Trousseau Gris for his Jolie-Laide label, and Matt Duffy and Sara Vaughn produce tiny amounts of polished Russian River Valley Pinot Noir for their Vaughn Duffy label. In the Central Coast, Gavin Chanin sells a few hundred cases of thrilling, focused Chardonnays and Pinots for his eponymous label. All of them are wines that make me want to grab a bottle, force it on some hapless friend and bar the door, like Vinny at Bar Tartine.

One of my favorites among this new group of micro-wineries is Massican. Its 2010 Annia is a gorgeous white, a crisp, stony blend of the northern Italian varieties Ribolla Gialla and Tocai Friulano, with a touch of Chardonnay for body. It, too, falls into the category of "top California white wines I've had this year." And practically nobody knows about it.

Massican is the vision of Dan Petroski, whose day job is associate winemaker for Napa Valley's Larkmead Vineyards, a longtime (and very good) Cabernet producer. He started Massican, he says, "because I had this yearning for minerally, saline, Mediterranean whites, but it wasn't like stores around here had stacks and stacks of them for sale. So I thought, If I can't buy it, I might as well make it."

There's very little Annia around, unfortunately. In 2009, the first year of production, Petroski only made 235 cases, most of which he sold to his friends and family or drank himself. Last year, he made 373 cases, which allowed for a broader distribution; Annia can now be found at a few shops, like the Brooklyn Wine Exchange in New York City, and at restaurants such as Frances in San Francisco. Production is not likely to get much bigger, as there are apparently only two-and-a-half acres of Ribolla Gialla planted in all of California (out of some 450,000 total acres of vines), all of them on George Vare's small vineyard west of the city of Napa.

But then, most of the winemakers involved in projects like these seem content—intent, even—to keep things on a personal scale. They're realistic about the financial limitations, too. Graham Tatomer, for instance, produces four Rieslings and two Grüner Veltliners. He makes only about 700 cases total; his most expensive wine is $30 a bottle. "It's kind of a horrible amount of wine," he admits. "It's enough that I have to go out and sell it, but not enough for me to make a living on it. Potentially, this year, I could produce 1,200 cases, which would be close to being an actual business—maybe I could even quit one of my jobs!"

Like Petroski, though, Tatomer isn't remotely unhappy about his situation. He works as an assistant winemaker for Greg Brewer (of Melville Winery and Brewer-Clifton), which pays the bills, and as he admits, "I'm a total freak about Riesling, to be sure." He discovered wine while in high school, and after a peripatetic spell making wine here and there and holding down restaurant jobs, he landed in Austria for a couple of years working with Emmerich Knoll, one of the world's great Riesling producers. In the end, Tatomer missed California and his family, so he headed home, and a few years ago, he started making Riesling in the Central Coast's Santa Barbara area. When I mention that Santa Barbara isn't exactly known as Riesling terroir, Tatomer agrees. "But they actually planted a lot of Riesling here in the 1970s," he says. "Most of it got yanked out or grafted over, because people couldn't figure out what to do with it—it was sort of the red-headed stepchild in the corner. But I thought, Here's this phenomenal, phenomenal grape variety, which I love—what if I just gave it all the attention?"

It's hard to say where this DIY wine movement—and it is a movement—will lead. The wines are hard to find, sold mainly by word of mouth, particularly by sommeliers. Indeed, restaurants that focus on artisan ingredients to begin with are probably the best places to buy them, like Nopa in San Francisco or Haven in Houston, as well as wine shops that have a somewhat indie sensibility, like Napa's Back Room Wines, which has a substantial "rising wine stars" section.

Maybe these micro-wineries will encourage larger producers to see beyond Cabernet, Chardonnay and Pinot and experiment with unusual varieties. On the other hand, the trend might stay small and obscure, or even peter out. Making 200 cases of wine is hard work—if you're only breaking even financially, and you have a full-time day job as well, how long do you keep that up? These are all unknowns. But what's clear is that there are fantastic micro-production wines available right now, if you're motivated to seek them out. And this is the moment to try them.

DIY Wines Worth a Search

For help locating restaurants or specialty stores that sell these wines, contact the wineries through their websites. Most will also ship directly to customers, if shipping laws and inventories allow.

Husband-wife team Ryan and Megan Glaab release two versions of their Napa Vermentino. The Hers is crisp and tangy; the His has a more luscious texture. rymecellars.com.

The fruit for Graham Tatomer's Riesling grows near the Vandenberg Air Force Base—a "no man's land" for vines, he says. tatomerwines.com. 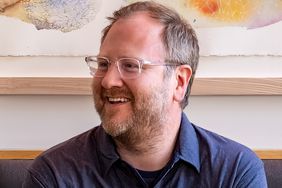 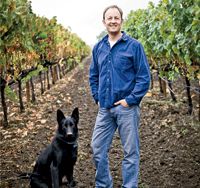