The brand's own website talks about its roots in North Carolina.

According to the website for Texas Pete hot sauce, the company's history stretches back to the Great Depression, when struggling North Carolinians Sam and Ila Jane Garner were trying to help their son keep his equally struggling restaurant open. That eatery eventually closed, but the barbecue sauce they served proved to be a standalone hit.

When the family went to work on a second, much spicier sauce in 1929, Sam Garner wanted "an American name." He and his three sons eventually settled on Texas Pete, which was a combination of his son Harold's nickname (the "Pete" part) and the then-popularity of Hollywood cowboys. So they went with "Texas Pete," put a cowboy with a lasso on the label, and the sauce has been a staple of Winston-Salem's T.W. Garner Food Company since it incorporated in 1946.

Fast-forward to September 2021, when a California man named Phillip White bought a $3 bottle of Texas Pete at a Ralph's supermarket. He apparently wouldn't have bought the sauce, but he was totally taken in by the brand name and the little red cowboy on the label. White later learned that Texas Pete is made in North Carolina — and has been for well over 90 years — and responded to this information by calling an attorney.

As first reported by USA Today, White has filed a class action lawsuit against T.W. Garner, alleging that the company has "cheated its way to a market-leading position in the $3 billion-dollar hot-sauce industry at the expense of law-abiding competitors" and shoppers who "incorrectly believe" that Texas Pete is made in Texas.

White's complaint also accuses T.W. Garner Foods of "[concocting] this false marketing and labeling scheme specifically because it knows the state of Texas enjoys a certain mysticism and appeal [...] and is known for its quality cuisine, spicy food, and hot sauce in particular."

The nature of the complaint seems suggests that no one would buy Texas Pete if the company were more explicit about where it was manufactured. (Speaking purely as someone who spent several years living roughly 1,000 feet from Garner Foods' current headquarters, I can say that the company's proximity to Texas never factored into my decision to slather every other meal with Texas Pete.)

T.W. Garner Food has until November 10 to respond to White's complaint. "We are currently investigating these assertions with our legal counsel to find the clearest and most effective way to respond," a spokesperson for the company told the Houston Chronicle.

Meanwhile, according to the complaint, White is seeking monetary damages for everyone who "overpaid for the products due to the false and deceptive labeling," along with an order requiring the manufacturer to change its name, branding, and labels.

Here's hoping both parties can settle this misunderstanding before things get too saucy. 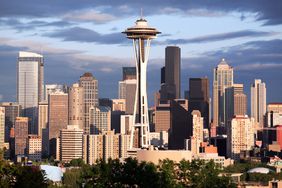