Brach's says the new candy is perfect for BBQs and football season.

From Easter eggs to chocolate Santas, candies are often tied to specific holidays. Candy corn, for instance, is primarily sold during Halloween, leaving the purveyors of this polarizing product looking for ways to broaden their market: Red and green "reindeer corn" has nudged the candy into the Christmas season, and, in 2020, Brach's introduced Turkey Dinner Candy Corn to try to fill in the remaining autumn void.

But what about summer? Could there be a way to begin selling candy corn before October? Earlier this year, Brach's grabbed headlines by releasing an oddly savory line of Late Night Taco Truck Jelly Beans, and now, the brand is using a similar trick in the hopes of pulling candy corn consumption into warmer weather: Brach's Tailgate Candy Corn, featuring unlikely flavors like hot dog and hamburger.

Available now exclusively at Walgreens, Tailgate Candy Corn features five different flavors that get increasingly less candy-like: Fruit Punch, Vanilla Ice Cream, Popcorn, Hot Dog, and Hamburger. "The Tailgate Candy Corn flavor profile lends itself to an early-fall timeframe, perfect for football season, but with flavors like Hot Dog and Vanilla Ice Cream, why not bring them out at your next summer BBQ?!" Brach's writes, hammering home their lust to sell candy corn 365 days a year.

"Brach's, America's #1 candy corn brand, has a long legacy of creating shared moments of celebration for families and friends," Ferrara Candy, the brand's parent company, said in a statement. "We're always working on innovations that will take our fans on delicious flavor journeys, and we can't wait to show you what's next!"

That said, I feel like we can guess what's next: Working backwards, we should probably expect some kind of red, white and blue "patriot corn" for Independence Day, green "shamrock corn" for St. Patrick's Day, or red and pink "love corn" for Valentine's Day. Or something to that effect, anyway.

In the meantime, Brach's Tailgate Candy Corn is being sold both in Walgreens stores and online nationwide at $3.49 for a single 11-ounce packet or $6 for two. 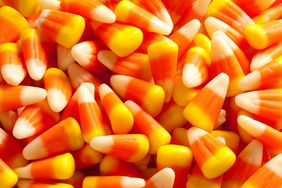 Candy Corn Is the Most Polarizing Halloween Treat