The fast food brand is the latest to warn customers to expect supply chain issues.


"Temporary shortages" have become two of the buzzwords (or one of the buzz phrases) of the past year, especially when it comes to fast food restaurants. Some Burger Kings in Michigan had to deal with a pickle shortage that delayed the debut of its chicken sandwich, Starbucks has been intermittently out of ingredients ranging from oat milk to fresh fruit, and even ketchup packets were once hard to come by.

The latest chain to enter the "Uh-Oh, We're Out of That" club is Taco Bell. "Sorry if we can't feed your current crave," an orange bar at the top of tacobell.com currently says. "Due to transportation delays, we may be out of some items at your local restaurant."

According to anecdotal reports on social media, the items that may be temporarily unavailable have included hot sauce, chicken, lettuce tomatoes, and even tortillas. "Are we living too más?" one Redditor asked, after posting about a beef shortage at their local Taco Bell.

Taco Bell is still okay with everyone living más — but that might be harder to do until some nationwide transportation issues get sorted. "Due to national transportation delays happening throughout most of the industry, we may be temporarily out of some items," a Taco Bell spokesperson told Restaurant Business Online. "Apologies for the inconvenience and we hope to feed fans' current Taco Bell cravings again soon."

That's an important distinction to make, because unlike some previous inventory interruptions — like the ketchup thing — this isn't because factories can't keep up with current demand, or due to production shutdowns. Rick Cardenas, the president of Olive Garden and LongHorn Steakhouse parent company Darden Restaurants, said last month that any inventory issues affecting his company are related to the transportation or warehousing parts of the supply chain. "The few spot outages we have are due to warehouse staffing and driver shortages, not product availability," he said.

On the r/TacoBell and r/LiveMas subreddits, Taco Bell staffers have chimed in about the problems that their stores are currently contending with. One person said that their store was getting deliveries about two days later than usual, while another said that they're even running out of things like paper bags and napkins.

Pepsi Truck Drivers Are On Strike Over Healthcare Costs

"My husband is a Shift Lead," a Reddit user named PhoenixxFyre wrote. "Trucks are coming late or not coming at all. The last truck that came 2 days ago only fulfilled 1/3 of their order! He can't even go to a neighboring [Taco Bell] because they're out of everything too. Just an hour ago he texted me to say they're out of beef, sour cream, tomatoes, 10-inch tortillas, Cinnabons, Pepsi, and Mountain Dew."

Out of Mountain Dew? Okay, now this has gone too far. 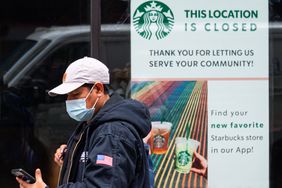 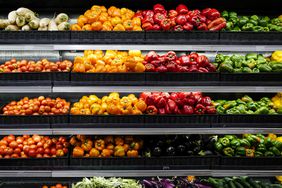