You can also opt to give the money to charity (but most people take the wine).

In the United States, 100th birthdays usually don't go unnoticed. At the very least, the local news will come out and hope you give them a viral explanation of your longevity — preferably something like bacon or gin-soaked raisins or a combo of Miller High Life and Johnnie Walker. But in Switzerland, reaching the century mark apparently comes with a gift from your local government — and in one region, the spoils of old age are especially delightful if you still enjoy alcoholic beverages. The Swiss canton (basically, state) of Fribourg offers any resident who turns 100 years old the gift of 100 bottles of wine.

A resident of Fribourg named Marie-Antoinette recently made headlines not just for turning 100, and not just for being offered 100 bottles of wine from her canton, but by turning the offer down. "That's too much!" she told the Swiss newspaper Le Matin Dimanche. And in her defense, depending on your wine consumption, she's not entirely wrong.

Fribourg state bailiff Claude Freiburghaus told the paper that the 100-bottle offer has been around since 2000. Previously, residents were reportedly given the choice of a free armchair until that gift was halted in 2015 due to lack of interest. Other options apparently include a donation of 1,500 Swiss francs (about $1,650) to charity or to spend at a local business.

Still, most people choose the wine. "In 2020, we celebrated 27 centenarians. Five of them opted for the donation and two for the gift voucher," Freiburghaus said according to Bloomberg.

As for Marie-Antoinette, it wasn't entirely clear which alternative option she planned to choose to receive alongside her visit from a state councilor and local government representative and a bouquet of flowers. However, it's possible she hasn't yet made up her mind: Her birthday reportedly isn't until November 5. That also means there's still time for someone to convince her to just take the 100 bottles of wine already! 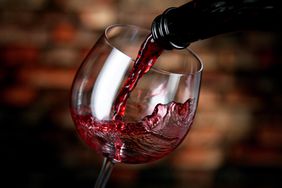 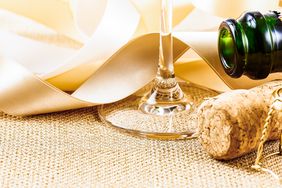 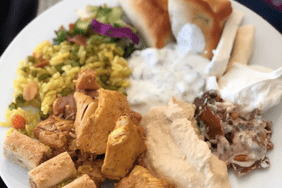